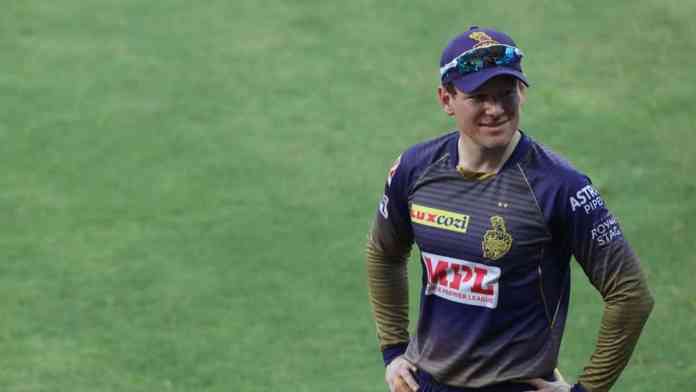 The Super Sunday will feature an interesting match as Kolkata Knight Riders will take on the Sunrisers Hyderabad.

Both the teams are coming off of disappointing losses. Both of them haven’t really found their right combination yet.

Knight Riders had an extremely disappointing loss against the table-toppers Mumbai Indians. Half of the side was back into the pavilion with a score around 60. New skipper Eoin Morgan and all-rounder Pat Cummins put up a partnership to take the side through.

Bowling looked lacklustre as well. However, that may be a team selection issue. KKR hasn’t been playing Narine since their last two games. Narine was instrumental in their two wins before that against CSK and KXIP.

Sunrisers is coming off a disappointing performance against the Chennai Super Kings. Even their biggest strengths have turned into their weakness, that is their top-order and fast bowling. They will have to deliver and win five of their remaining six matches to seal a spot in the playoffs.

DAVID WARNER (10.5) (C) – David Warner has been in phenomenal form and has been consistent as well. He’ll be my captain.

SHUBMAN GILL (9) (VC) – Gill is in great form and has been really consistent for KKR. He’ll be our vice-captain.

JOHNNY BAIRSTOW (10) – After what he did three matches ago against KXIP, he makes a way in our team. However, he’ll have to be more consistent.

ANDRE RUSSELL (10) – Russell will have to perform for KKR to do well. He has gained some form in bowling as he provides 3-4 solid overs.

EOIN MORGAN (9.5) – Morgan has looked great in this IPL. He’s expected to do even better with the responsibility of captaincy.

VIJAY SHANKAR (8) – He can score handy runs with the bat and can also give 2-3 solid overs.

PAT CUMMINS (9) – Cummins is coming off an impressive 53 against MI. Also, he has some rhythm with his bowling.

PRASIDH KRISHNA (8) – Krishna has been really good with the chances he got so far.

VARUN CHAKRAVARTHY (8) – Varun Chakravarthy who has been good this season.

T. NATARAJAN (8.5) – Natarajan has been the find of the season so far as per bowling is concerned. He can literally bowl an over full of yorkers.

Kolkata have looked good as per individual performances are concerned, however, as a team, they would like to put a collective effort. Under the captaincy of world-cup winning captain Eoin Morgan, they’re expected to rectify their mistakes and bounce back stronger. Kolkata Knight Riders will therefore defeat the Sunrisers Hyderabad.