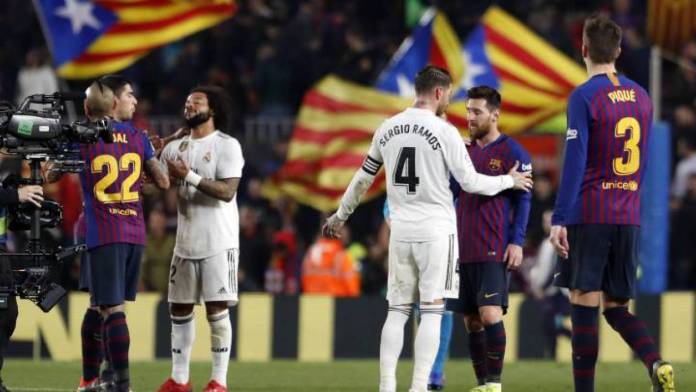 Both clubs were handed shocking 1-0 defeats in their respective fixtures to cast a doubt over their form, with El Clasico in the wings.

Ronald Koeman was handed his first loss as Barcelona manager on Saturday evening against Getafe. Jaime Mata converted a penalty shortly after half time to give the hosts the lead.

While both teams had plenty of chances to score, Getafe were ultimately the better team on the scoresheet as they managed to beat the Blaugrana for the first time under their new manager.

The newly promoted side managed to beat the reigning La Liga champions at home, thanks to Anthony Lozano’s first half goal that led to Zinedine Zidane making as many as four half time substitutions.

Sergio Ramos might be out of the Shakhtar clash in the opening matchday of the Champions League, which will almost certainly see Eder Militao replace the Los Blancos skipper.

Real hit the bar five times, more than any other team this season, with Benzema hitting the woodwork thrice.

What it Means For El Clasico

Despite both the biggest teams in La Liga suffering from shock defeats on Saturday, it seems to be due to the fatigue from the international break than from anything else.

Since a majority of both the teams have had a fair share of international duties, the defeats seem more like stumbling blocks in the course of a jam-packed season.

The game on the 24th promises to be an absolute firecracker, with both teams playing to erase these surprise losses from the memories of their fans.