Pat Cummins: Why he’s the Highest Played Oversea Player in the IPL 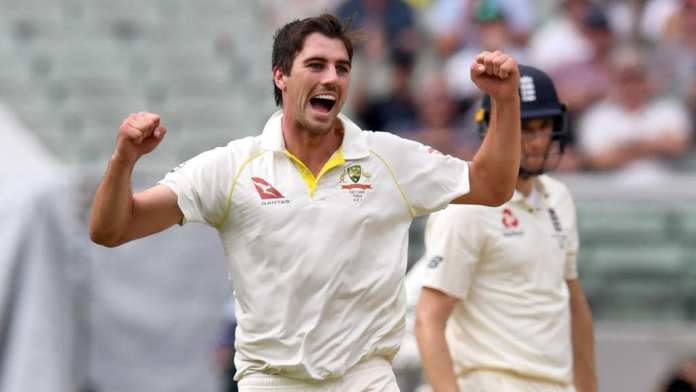 During the 2020 Indian Premier League auction, Australia’s Pat Cummins became the T20 event’s most expensive overseas player. The 27-year-old right-arm fast bowler – who joined the IPL back in 2014 – returned to the Kolkata Knight Riders five years after initially departing the two-time league champions. In 2017, Cummins switched to the Delhi Daredevils but failed to help the team win their first IPL title. So, let’s take a look at why the Kolkata Knight Riders have broken the bank to recruit the Australian bowler.

Over the last few years, there’s been a growing belief that Cummins is the best bowler in cricket. According to his international test captain, Tim Paine, the Westmead-born bowler has established his status as the world number one because of his consistency across various formats. Interestingly, when you look at the rankings, it’s clear to see why the 27-year-old was a go-to option for the Kolkata Knight Riders.

As per the official ICC rankings, Cummins leads the test bowling table with a rating of 904. By comparison, the second-best test bowler, Stuart Broad, has a total score of 845, while fellow Australia teammate, Mitchell Starc, sits at 797.

It isn’t just in red-ball cricket that the co-captain of Australia shines. As, of course, the IPL adopts a limited-overs format, it’s also worth taking into consideration Cummins’ white-ball record. Across his 67 ODIs, the 27-year-old has taken 108 wickets, registering an average of 28.48, as per Cricinfo. As a result, this form sees Cummins take sixth spot in the men’s ODI bowling rankings.

Spending Big to Return to the Pinnacle

At the auction, Cummins reportedly cost the Kolkata Knight Riders $3.2 million. As a result, the Australian broke the previous record set by Ben Stokes when he moved to the Rajasthan Royals. The main reason why the two-time IPL champions have spent big on bringing in Cummins revolves around their desire to end a six-year drought for the league’s sought-after title.

Having been purchased by the Kolkata Knight Riders for the start of the 2014 season, the right-arm fast bowler was part of the last KKR side that clinched the IPL. Since then, both he and the team captained by Dinesh Karthik have been unable to add another league title to their collection.

From a competitive standpoint, turning to Cummins in their efforts to return to the IPL pinnacle is a logical decision. Given the bowler’s world-renowned reputation, the bowler adds another dimension to the KKRs, thus making this year’s IPL even more unpredictable. Because of this, the record acquisition could be the catalyst in heightening KKR’s backing at ever-popular sports markets in India. At SportsBettingMarkets, prospective bettors can enjoy various bonuses and welcome promotions across several licensed operators, including free bets on a number of sports, such as cricket. Additionally, with loyalty schemes on offer, players can qualify for VIP services, as well as enjoying fast withdrawal times. Players with stats like Cummins’ tend to boost teams’ odds across the sporting world.

A Tried and Tested Purchase

Ultimately, few bowlers in world cricket boast the same credentials as Cummins. The Australian has been one of the best players in the sport for much of the past few years, and that is highlighted in the official rankings. If the Kolkata Knight Riders are to secure their third IPL title, then the 27-year-old will undoubtedly be pivotal to them achieving their goals.