Messenger gets a new logo and some new features 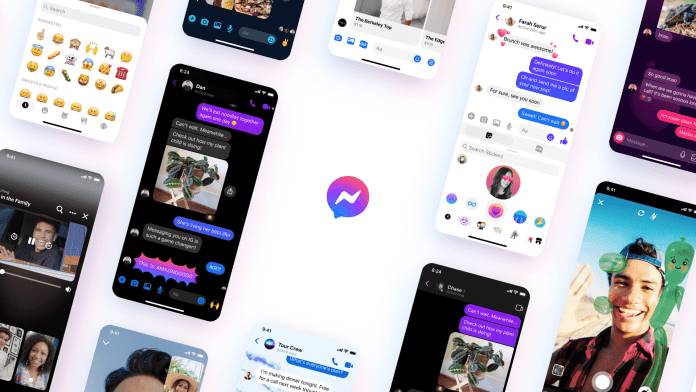 Facebook is the biggest social media platform that almost everyone in the world is familiar with. Not to mention, the company owns the three world’s largest chat apps that are used by millions, if not billions of users. While a company updating or changing its apps’ logo is not something new for the tech industry, the news coming from Facebook is not ordinary in the slightest.

Facebook is not only overhauling the logo of its Messenger, but the company is also adding in some new features. Of the features to be added, the most notable is the availability of new chat themes, finally. The social media giant is also providing selfie stickers and a vanish mode. This is an initiative of the company to integrate Facebook messenger with Instagram. The concept which the company has teased several times.

Stan Chudnovsky, the VP of Facebook messenger, stated that the messenger’s visual update is meant to “mark our continued evolution from a simple way to message your Facebook friends.” The icon has been changed from its usual solid blue appearance to a blue-to-pink gradient, much like the icon style of Instagram.

He also stated that “Our new logo reflects a shift to the future of messaging, a more dynamic, fun, and integrated way to stay connected to the people you’re close to.”

The selfie stickers will let the users add icons to their pictures, and the vanish mode, as the name suggests, will make the chats disappear. The cross-platform communication that enables the user to communicate with their Instagram friends using Facebook messenger is also expected to roll out soon for the US audience.

Facebook is trying to merge all of its chat platforms into one. Focusing its attention on private communications rather than focusing more on public platforms. I, for one, would like to use messenger to communicate with my Instagram friends. Because well, the chat system on Instagram sucks in more than one way. Will this new attempt at Facebook see success? Only time will tell.