Golden Boy 2020 shortlist released; our predictions for the winner 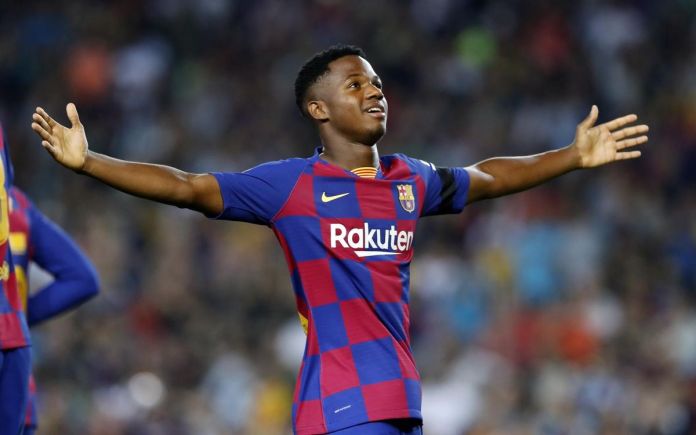 The Ballon d’Or may have been cancelled, but the Golden Boy award is still being given out, and the official 20-boy shortlist has been released. The list features many of the deserving candidates, and fans will certainly have a tough time choosing. Here are all the entries:

Considering that the Golden Boy award is an individual award, it only makes sense that the winner is evaluated based on the best individual performance of all the nominees.

Going by that logic, it is almost certain that the English wonderkid will win the award, fending competition off from Dortmund teammate Erling Haaland, Alphonso Davies, Mason Greenwood and Ansu Fati.

Sancho’s brilliance lies in his ability to score, as well as create goals which is what makes him such a threat, especially given his unbelievable dribbling skills.

Jadon Sancho managed to rack up 20 each of goals and assists across all competitions. The numbers alone are enough to set him a class apart from all the other players who made the list, apart from his teammate and our prediction for…

Haaland burst on to the scene with his stint at RB Salzburg and was recruited during the January transfer window by Dortmund. The Norwegian wonderkid managed to score 13 goals and a couple of assists in 15 games for Dortmund in the Bundesliga.

His stats across all competitions are even more impressive, with 44 goals and 10 assists throughout the 19/20 season. Though the official verdict is still pending, we are sure that the final call will be between the two Borussia Dortmund starlets and their incredible displays in the season gone by.

Wayne Rooney tells who should be the No. 1 transfer target for Manchester United

Manchester United has been a long term admirer of England international Jadon Sancho. They have made him their transfer priority this summer,...
Read more
Football

With three days to go in the summer window deadline, Manchester United's pursuit of Jadon Sancho may reach a dead-end soon. It...
Read more