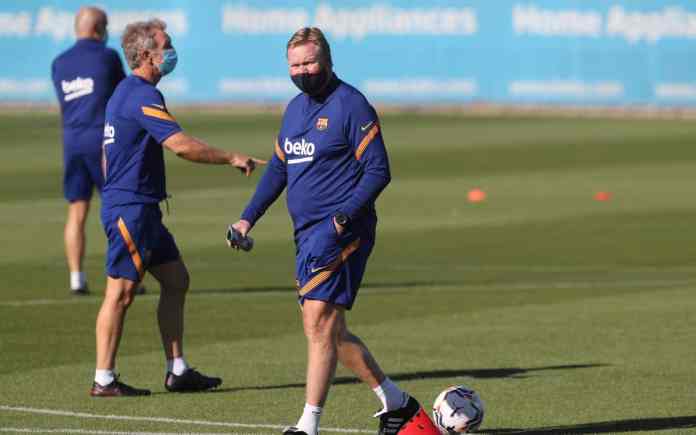 What a difference a football manager can make to a club within a matter of just a few months! Just about this time in June, Barcelona were losing the pursuit of their domestic league and handed a massive defeat at the hands of eventual UCL champions Bayern Munich.

And now, with the arrival of former Netherlands and Everton manager Ronald Koeman, there is an air of positivity as far as the sporting perspective of FC Barcelona is concerned.

The players are reportedly enjoying the training schedule set by Koeman and his staff, as well as the clarity in communication channels opened amongst the players’ group and management. It has resulted in back-to-back wins for Barcelona against Villarreal and Sevilla, two good quality oppositions.

An ability to manage the varied egos of the players playing at the club as well as rally and organise the squad to gel amongst each other is a trait that not all football managers possess. There is also a sense of enjoyment at the club, which is most important from a morale point of view as footballers will always play better when they are in the right frame of mind.

However, their collective abilities will be put to the test as they take on Real Madrid in the El Clasico in a few days’ time. Los Blancos have started particularly well like Barcelona and will be aiming for another win that gives them an early advantage in the La Liga season.

For Koeman, there is no need to explain the importance of such a huge clash as he has been part of many El Clasicos during his time as a Barcelona player. What will, however, be a challenge for him, is executing the gameplans he has so far been successful with.

As well as the players’ reciprocity to his tactical system in the early days of the league. For these performances will set the tone for the way they play their games for the rest of the season. FC Barcelona take on Real Madrid on the 24th October at the Camp Nou, and Koeman will be hoping his good work does not go for nought in this electric clash.