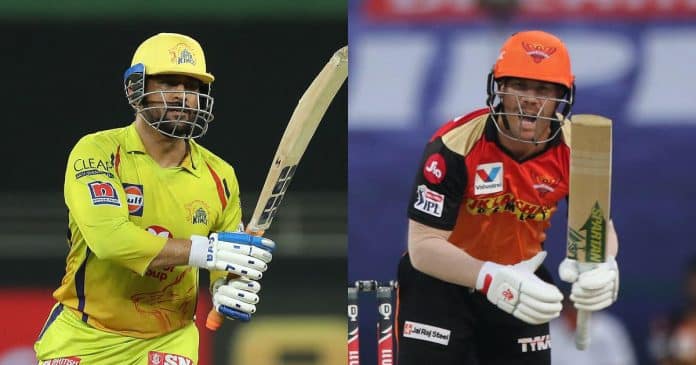 March 29 of the IPL 2020 will feature a clash of two teams who came into the tournament as favourites but have struggled as Chennai Super Kings will take on the Sunrisers Hyderabad.

Chennai Super Kings is coming off another disappointing loss the Royal Challengers Bangalore. They seemed to be struggling even in the areas which were considered to be their strong points like their top-order. They might have to consider promoting MS Dhoni at number 4. They can also consider having players from the mid-league transfer.

Sunrisers, on the other hand, is coming off a disappointing loss against Rajasthan Royals. They did everything correctly for around 36 overs of the game but lost their grip in those final 4 overs due to Riyan Parag and Rahul Tewatia heroics. However, they would focus on scoring some extra runs.

The team is highly dependent on their top-order. Their lower middle-order has been good but they are usually underutilized due to their middle-order. They’re finding issues finding their number 4 batsman. Ruturaj Gaikwad and Kedar Jadhav have failed. Jagadeesan played well but couldn’t amp up the strike rate as he scored 33 off 28 balls when Rayadu scored 42 off 40 balls. That had Curran, Jadeja, and Bravo with very fewer balls to work with.

Their bowling has looked good. The addition of Shardul Thakur and Karna Sharma has been beneficial. Bravo might not take wickets but keeps things fairly tight especially at death overs.

SRH had a decent start with Warner playing sort of anchor role. Johnny Bairstow will have to establish some consistency. Pandey played well but according to the situation, he should have accelerated more as he scored 54 off 44 balls. Their bowling looked really good. Khaleel Ahmed looked on fire by taking early wickets of dangerous Ben Stokes and Jos Buttler. Rashid Khan bowled really well and Natarajan obviously nailed in some yorkers. However, they lost some steam in the last four overs as Parag and Tewatia were able to score.

DAVID WARNER (10.5) (C) – David Warner has been in phenomenal form and has been consistent as well. He’ll be my captain.

SHANE WATSON (9) (VC) – Watson has scored a phenomenal 83 off just 53 balls against KXIP. He scored another fifty against KKR. He’ll be our vice-captain.

FAF DU PLESSIS (10) – Faf Du Plessis hasn’t been much consistent in the last two games. Therefore, he won’t be our captain or vice-captain.

JOHNNY BAIRSTOW (10) – After what he did two matches ago against KXIP, he makes a way in our team.

MANISH PANDEY (9) – Manish Pandey has been in great form and has been given a new role of leading the middle-order.

SHARDUL THAKUR (8.5) – Shardul Thakur has bowled really well after been given a chance.

KARN SHARMA (8) – Karn Sharma bowled really well and bagged two wickets on his IPL 2020 debut. He can get some assistance off the Dubai pitch.

T. NATARAJAN (8.5) – Natarajan has been the find of the season so far as per bowling is concerned. He can literally bowl an over full of yorkers.

SRH looks more balanced comparatively. Even though they’re coming off a loss, they haven’t done anything that incorrect in their last match. Also, the match being in Dubai can be beneficial for SRH as Rashid Khan seems to get a lot of assistance there. Also, with the addition of Vijay Shankar, they can address their problem of the fifth bowler option. Sunrisers Hyderabad will therefore defeat the Chennai Super Kings.