AMD files a patent for its new Project Quantum 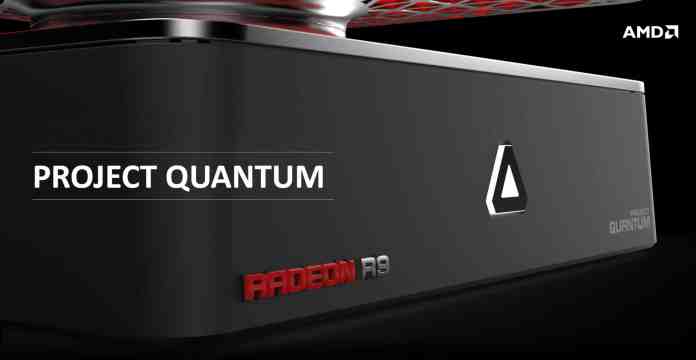 Four years ago, AMD announced that it is moving forward with its ambitious project quantum. But no news came out of the company with tech enthusiasts feeling almost sure that they all but shelves the project. But sources claim that the exact opposite is true. AMD has recently filled a patent, and the news is extremely juicy.

The latest patent shows some brand new features added in the project not to mention it has now an integrated PSU solution. This supposedly means that the intel’s rival was working behind the scenes on its project and soon plans on revealing it to the world.

As per the reports, the patent was approved on September 15, 2020, but was filled in the month of February.

AMD’s Richard Huddy in an interview with PCR magazine stated that “The interest we got immediately after E3 was very high, from journalists and consumers and OEM partners, I don’t know whether we have an OEM who is committed to building something like it. We built it as a concept PC, so like concept cars, it’s not usually practical to take it straight to market, that wouldn’t make a great deal of sense. But it’s not far from that.

I would think that if we have the right kind of conversations with some of these OEMs, then we might well turn it into a real product. In that case, it will probably be a very small number. Maybe only one or at most a handful of PC manufacturers who would bring that to market, potentially. It’s a custom piece, not a high volume piece, but it is a thing of beauty.”

To summarize the reason behind AMD not moving forward with the release of its project Quantum was simply that its processors were not powerful enough to drive their own machine.

In fact, the company even used Intel processors to power the dual Fiji GPUs in the machine.

The release of the device could mean that AMD would have to accept its failure against Intel. With Intel gaining a good amount of profit with every sale made by AMD.

But time has changed, and now AMD is not only Intel’s number one competitor but also is a leader in desktop-grade CPUs. The company’s Zen-based architecture chips have their own market value, and Project Quantum can now be developed with all AMD internals.

As of now, we know one thing for sure from this patent. The Project Quantum will almost certainly not be including the dual Fijis. The AMD RX 6000 series flagship GPUs are far better choice indeed, launching on October 28th.

Will the new Project Quantum be able to compete against Intel’s NUC? Let’s wait and find out.

NVIDIA has been making rounds in the semiconductor market with its latest acquisition of ARM. This acquisition would most likely stir up...
Read more

The Red team’s Ryzen 5000 series CPUs have already been launched and it consists of 4 new CPUs for every people who...
Read more
Technology

AMD’s upcoming processor line up has already created a buzz in the market. With its powerful CPUs being announced on October 8th,...
Read more
Technology

The South Korean tech giant, SK Hynix, is the world's third-largest semiconductor manufacturer, falling behind only Intel and AMD. Not to mention,...
Read more
Technology

AMD's Ryzen series has been making quite rounds on the internet. Earlier, we discussed the alleged leak specifications of the EPYC Milan...
Read more

The Red team’s Ryzen 5000 series CPUs have already been launched and it consists of 4 new CPUs for every people who...
Read more

We all, whoever uses the internet, is somehow connected with Google. Commonly we can say, Google is a part of our daily...
Read more

Apple introduced us with the new iPhone 12 series, which is the first to sport 5G connectivity, seems to be in spotlight...
Read more

Acer has announced a series of new devices hitting the retails market in a few months. The slew of devices unveiled by...
Read more