Luis Suarez: “I think they wanted to remove me from Messi’s side” 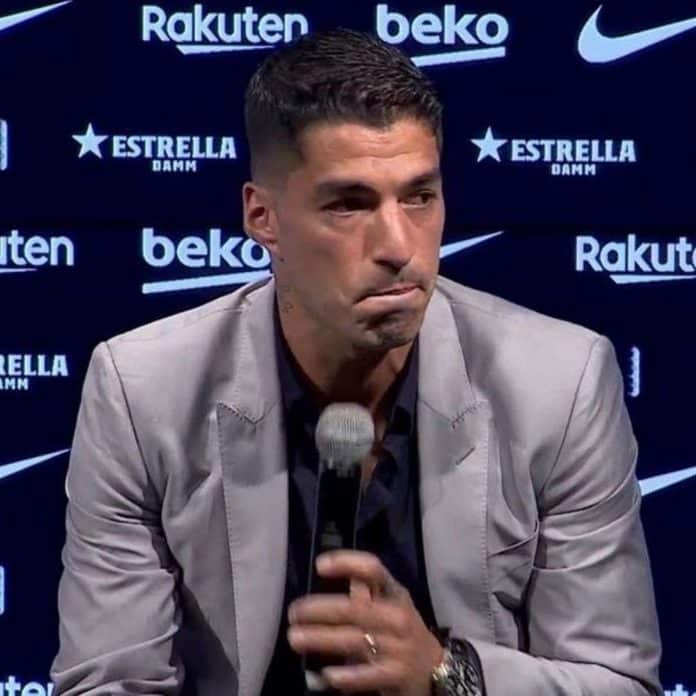 Luis Suarez left FC Barcelona after 6 years since his arrival in 2014. He has won multiple trophies with Barcelona including a treble in 2015. The Latin American trio Messi-Suarez-Neymar [known as ‘MSN’] was one of the best trios in the world.

After Neymar left the Spanish club in 2017, Suarez left the club this season. But Suarez was not happy how this happened. It was reported that the Uruguayan forward is not in the plan of FC Barcelona’s new manager Ronald Koeman from this season. Luis Suarez felt that he should leave for his better future and he joined Atletico Madrid.

But in a recent interview, Luis Suarez has told something which shows a dark side of the Barca board.

Suarez told in an interview with ESPN‘s ’90 Minutes’ on Friday: “There are a lot of contradictions. I would have looked for a solution if it was a financial problem and if it was a sporting issue I could have understood. It is not clear to me why they took the decision they took.”

“I think they wanted to remove me from Messi’s side. Maybe it annoyed them that I had a good relationship with Leo. Perhaps they didn’t want him to be with me so much. I can’t find any reason to think that would damage the team, though.”

“We looked for each other constantly on the pitch, but for the good of the team. Maybe they wanted him to play with more teammates. That could have something to do with it. I can’t find any other reason to want to separate us because we got on well on the pitch.”

Lionel Messi told that he wanted to leave the club. But the Barca board somehow managed to keep him by the contract loopholes.

Suarez said about the matter: “They should have respected his decision to leave.”

“Leo’s aware of what he means to Barcelona. He’s given things to the club you could never imagine. He must carry on being the No.1, being the best and [being] happy.”

“Maybe there’s the possibility that he plays for another club, but if he feels comfortable and happy and a new board comes in, he will want to stay at the club. As a friend, I will be happy if things go well for him there, but also if he has to go to another club.”.

The Uruguayan added: “It really hurt me and my family the way they did it. It wasn’t right. That a coach [Ronald Koeman] comes in and says he doesn’t count on me when the board had already said there were going to be big changes generate doubts. Koeman called me to tell me that I wasn’t in his plans, but I’d known what was coming for 10 days. He just confirmed what I’d seen in the media.”

“I always said the club needed a young striker, but they never brought anyone in to compete with me even. For years, they’ve wanted to bring more forwards because they wanted to kick me out.”

“It had been coming but I at least deserved for them to phone me and explain [why they wanted me gone] before learning of it through the media.”

Barca fans were pissed off with their president. After the Leo incident in the transfer window, they started a protest against Bartomeu. Luis Suarez’s interview can make them more furious at their president.

Previous articleApple wants to succeed in India: here’s the proof
Next articleHere are all the Printer deals on Amazon’s Great Indian Festival