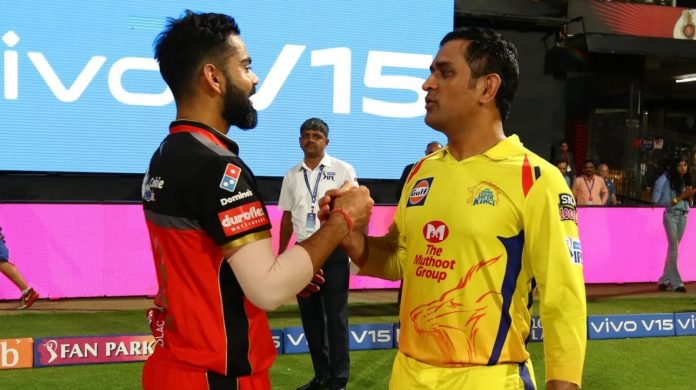 Super Saturday will continue with another match of heavyweights as Chennai Super Kings will take on Royal Challengers Bangalore.

CSK is coming off a disappointing loss against KKR. They seemed to have found their right combination and were cruising towards a win their last match. However, due to Sunil Narine’s brilliant spell, they lost their way and ended up losing. They have won only 2 of the six matches they’ve played.

RCB, on the other hand, are having their best start to the season ever. There are certain issues to be taken care of, however, with minor adjustments, the team has looked pretty good.

CSK has been a top-order dominant side, however, their middle-order has been an issue. Skipper MS Dhoni might have to consider promoting their lower middle-order like Jadeja, Bravo, and Curran before Jadhav. Their bowling has looked good with the addition of Shardul Thakur, Bravo, and Karn Sharma.

RCB has been really good in the season so far. Devdutt Padikkal and AB de Villiers have shown some phenomenal form. Skipper Virat Kohli has regained form as well. Shivam Dube has added that finishing touch they always needed. Pace bowling has been an issue, however, they have made the necessary changes. Isuru Udana has been expensive but taking wickets. Mohammad Siraj bowled really well in his last match where he took 2 important wickets. Yuzvendra Chahal, as usual, has looked phenomenal.

VIRAT KOHLI (10.5) (VC) – Kohli is back in form and that’s bad news for bowlers! He’s always an inning away from gaining confidence. He’ll be our vice-captain.

SHANE WATSON (9) – Watson is coming off a phenomenal 83 off just 53 balls against KXIP. He scored nother fifty against KKR.

AB DE VILLIERS (10) – AB de Villiers has been super consistent this IPL. It’s hard to believe that he has been out of action before the IPL.

AMBATI RAYADU (9) – Rayadu has regained form after returning from injury.

DEVDUTT PADIKKAL (8.5) – Youngster Padikkal has impressed everyone with his batting this year. After top order fails, he’s had 3 fifties in five matches in the IPL.

SHARDUL THAKUR (8.5) – Shardul Thakur has bowled really well after been given a chance.

KARN SHARMA (8) – Karn Sharma bowled really well and bagged two wickets on his IPL 2020 debut. He can get some assistance off the Dubai pitch.

CSK may look the weaker team based on the points table, but you can never count the three-time champs out. They have a formidable pace bowling line up and even spin bowling has looked good with the addition of Karn Sharma. MS Dhoni is a master in the allocation of his resources as well. CSK batsmen will look to attack RCB’s relatively weak pace bowling line up. CSK will therefore defeat RCB.