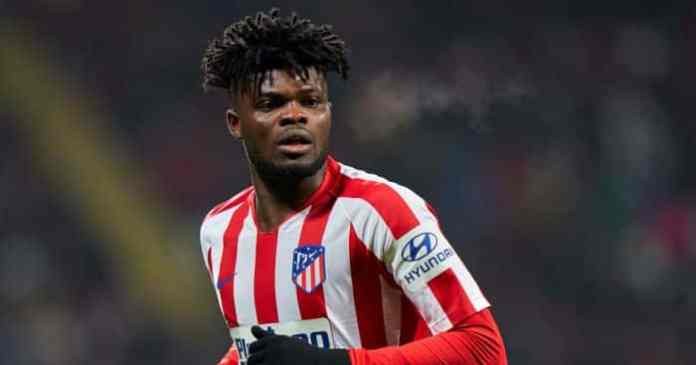 The signing of Thomas Partey from Atletico Madrid may potentially solve Arsenal’s defensive midfield problems. But as such, it has raised an important technical issue.

The squad registration rules for both Premier League and Europa League, require a club to have no more than 17 foreign players. Arsenal currently have 19 players on their books in that regard, and so the outcome is that two players might not find game time whilst at their stay at the North London club.

The suggested players to be left out of the squads are Mesut Ozil and Sokratis.

Ultimately it might not be a big deal for Arsenal, as they have not depended on these two players in recent times. But it seeks to address problems in the transfers planning and the way the board are running the club. \

Mesut Ozil is one of the highest earners, with an inclusive wage packet of around £350,000 per week. It serves to beget the question as to why the Gunners have not been able to come up with a solution as yet to move Ozil on, whether it is a loan move or a permanent transfer.

From a tactical perspective, Arteta now lacks proper creative attacking midfielders. The likes of Xhaka, Partey and Elneny are more focused on the defensive side of things. Dani Ceballos hence is the only recognised No 10 eligible to play in Ozil’s absence.

A similar situation exists with senior Greek centre-back Sokratis. With the likes of Gabriel, David Luiz, Holding and Mari the more preferred options, he effectively finds himself frozen out of the club now.

Although he was tipped to move to one of Napoli or AC Milan, the transfer conditions never materialized. Of course, Sokratis can still eventually move in the January winter transfer window.

But overall, this is a situation that is uncomfortable for all parties involved and one would have to say that questions will be asked of the Arsenal strategy and planning team, as to how it has come to this.