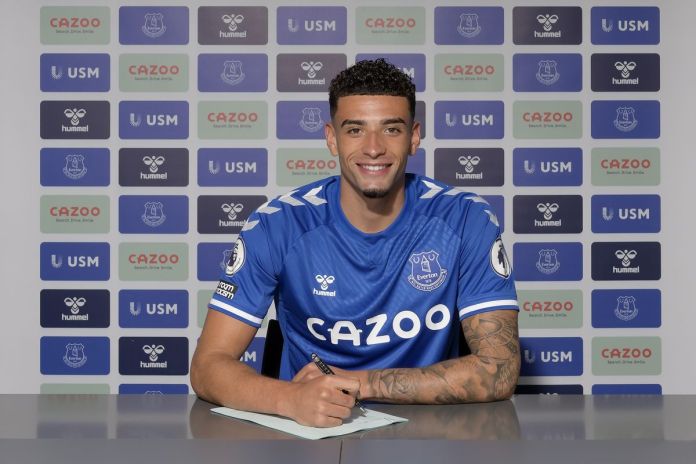 Everton have had one of the best summer transfer windows of all the Premier League clubs this season. The list of signings goes on for the toffees as they have successfully negotiated the signing of Norway City centre-back Ben Godfrey for a fee rumoured to be in the region of £25 million.

The sum of money paid could rise to as high as £30 million with add-ons which would make Godfrey the most expensive Norwich City sale of all time.

Although the Canaries were relegated back to the Championship at the end of that 19/20 season, Ben Godfrey enjoyed an impressive spell at the back. He has now been prized away from Norwich, to Ancelotti’s Everton which looks like a side well worth finishing at least in the top 6.

Godfrey becomes the fifth signing for Don Carlo’s Everton, with the likes of James Rodriguez, Allan, Niels Nkounkou and Abdoulaye Doucoure already having signed for the Toffees.

During his time at Norwich City, Godfrey was one of their most vital players and was key to their promotion to the Premier League on the back of the 18/19 season. He has captained the England U21 team and under Ancelotti, he could become a star in the top flight of English football.

Rumours linked Everton with Barcelona’s Jean-Clair Todibo throughout the summer, but the Merseyside club told Barcelona that they were not interested in the 20-year-old.

The signing of Godfrey officially pulls Everton out of the race for the young French defender, whom Barcelona desperately want to offload this season.

Everton have won all four of their opening games this season, taking three points against the likes of Tottenham, West Brom, Crystal Palace and Brighton in very impressive displays and look like a team transformed under Ancelotti.