Memory Chipmaker Kioxia and Sony are Seeking for US Approval to Supply to Huawei: Report 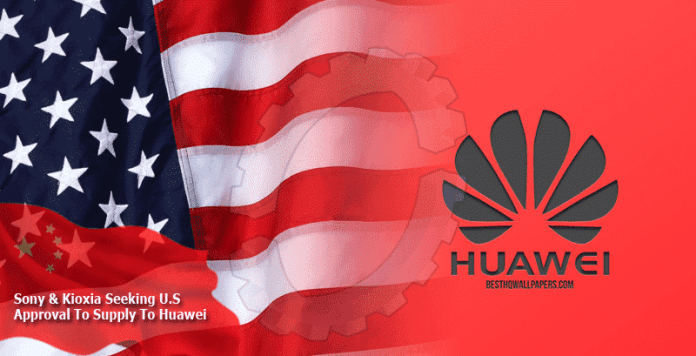 According to the reports of Nikkei on Sunday, famous Japanese company Sony and memory chip maker Kioxia are seeking the approval of the US to supply to Huawei. As per reports, both the companies have already applied for the US approval. Regarding some other technology companies such as the Intel Corp have recently received the licenses from the US authorities.

The main reason behind all these formalities is the US-China tie-up, which is at their worst in decades. Whether it is for the COVID-19 or any cybercrime issues, like data leaking or any other staff, the US government does not want to take any chance regarding the security of his nation. Moreover, the US government has been pushing governments around to world to squeeze out Huawei. Because they think that Huawei would transfer all the users’ data to the Chinese government for espionage.

Before all these happenings, Huawei was one of the top brands which used Sony’s image sensors for smartphones. On the other hand, Kioxia Holdings is the world’s No. 2 maker of flash memory chips and most importantly, a Huawei supplier. They can not proceed in their business without the licenses from the US as they would face risk to their earnings, according to Nikkei.

Without Us licenses, Kioxia could trigger memory chip oversupply and lower prices. So, they will face a huge loss in the market. Its only three months left to complete 2020, as of now Kioxia has shelved a plan for a multi-billion dollar listing as US-China tensions cloud the global chip market.