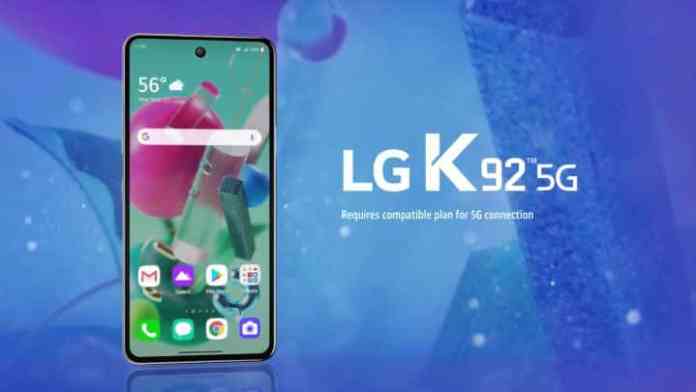 According to reports, Cricket Wireless is going to add the LG K92 to its roster, which is the first model of the K90 series. The Cricket Wireless offers 5G connectivity on top of AT&T’s network. So, in recent times, it sells only 5G capable smartphones right now. Let’s check out the specifications of the LG K92 5G smartphone.

This phone has a decent display with thinner bezels with a hole-punch design. LG K92 5G has a side-mounted fingerprint scanner and an extra button is also there which specifies a Google Assistant key. Coming to the camera, this phone features a square-shaped quad rear camera setup which includes a 64MP primary camera with the support of an LED flash. The LED flash is also square-shaped. Among the four cameras, only one of them sticks, the other three are flush. This phone will run on the Android 10 OS.

As of now, we have no information regarding the details of the screen or battery of this phone. Regarding the connectivity, this LG K92 smartphone definitely supports the 5G connectivity and it is expected that other connectivity features are also there, such as the WiFi, Bluetooth, 3.5mm headphone jack, and so on. This phone has every kind of sensors, like the Ambient Light, Accelerometer, Gyroscope, Proximity, and Compass. On the rear side of this phone, we can witness the cricket logo upside and the LG logo at the down.

PS. the Voice logo is not part of the design, that’s just a watermark.