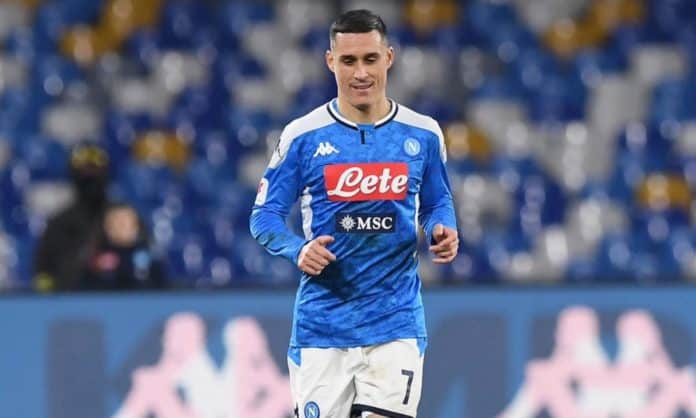 Jose Callejon is a Real Madrid academy player. After playing for Real Madrid B team Castilla, he joined Espanyol and again returned to the Santiago Bernabeu.

In 2013, the Spaniard joined Serie A side Napoli. He has played in the blue colours of Napoli for seven years. After winning 2 Italian Cup along with an Italian Super Cup, Callejon left the Italian side this summer as a free agent.

It was rumoured that the 33-year-old would return to his homeland Spain, but instead, he has now chosen to remain in Italy.

Juventus has signed Chiesa from Fiorentina, so they have now gone for Callejon to replace the youngster. The Spanish winger has arrived at Fiorentina to complete the deal.

Callejon said: “I am very happy here, I come with a great desire to do well, now I will have to work with the coach and the team, because I have been training alone for two months. The break for the national teams will help me.”

The winger also had offers from LaLiga side Villarreal but he chose to remain in Italy. He said about this matter: “But I chose Florence because it is a beautiful city. Staying in Italy is also important for my family and for my children.”

He also commented on Chiesa and will he be able to replace him in the team: “He [Chiesa] is a great player, he will do well wherever he goes. But I’m Jose Callejon, I come to do my job. I want to make the players happy.”

Jose Callejon is a veteran winger. He knows his job well and is a poacher who roams around the second bar whenever a cross comes in. It is his trademark playing style. He will definitely add a lot of quality to Fiorentina.

Arkadiusz Milik has a release clause in his Marseille contract