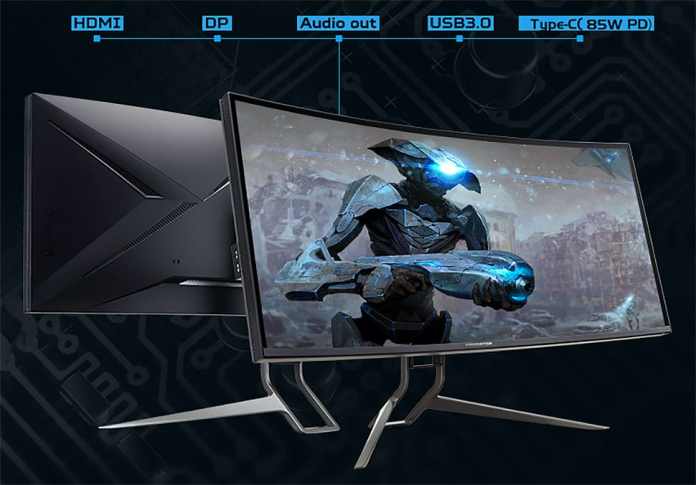 The Taiwan OEM does generally make some pretty interesting gaming monitors for its customers in their Predator lineup. As spotted by Tom’s Hardware, one of Acer’s partner has started selling the company’s not-yet-announced curved monitor, revealing a host of specs.

So, the Acer Predator X34 S curved gaming monitor sports a UW-QHD Nano-IPS panel that has a 200 Hz variable refresh rate and supports Nvidia’s G-Sync technology along with ultra-low response time to give you the best gaming experience.

The Acer Predator X34 S comes with a 1000:1 contrast ratio, also with a high 200 Hz maximum refresh rate in overclock mode. As its a gaming monitor, it features an ultra-low 1 ms response time (0.5 ms minimal response time), and a wide 178°/178° viewing angles.

Most probably this is LG’s Nano-IPS panel, so you can expect the 10-bit panel to display 1.07 billion colors and reproduce 98% of the DCI-P3 color gamut. The Acer Predator X34 also sports VESA DisplayHDR 400 certification, so you can play or stream anything in HDR as well.

Coming to the ports, the monitor sports a DisplayPort, an HDMI connector, and a USB Type-C input with an 85W power delivery option. The monitor also comes with a USB 3.0 hub and an audio output with two 7W speakers. The Acer Predator X34 S gaming monitor’s stand lets you adjust height, tilt, and swivel the display.

The Acer’s Predator X34 S is already up for pre-orders from Chinese Taobao.com for ¥9999 ($1,472 including VAT). The gaming monitor is expected to be released in China this December and it will be interesting to see when it makes itself globally available.