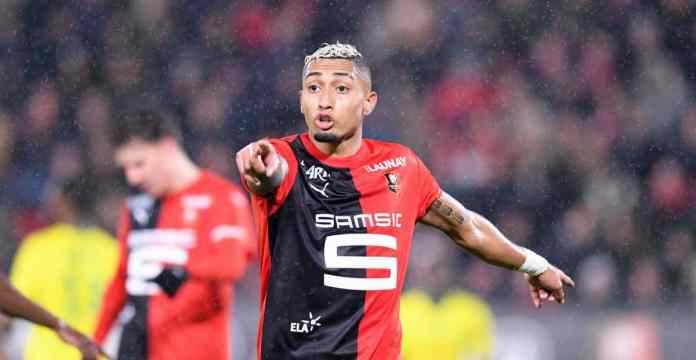 After 16 years away from the top flight of English football, Marcelo Bielsa’s rebuilt Leeds United are looking like a team hell-bent on retaining a spot in the Premier League.

With the big signings of Helder Costa, Rodrigo and Diego Llorente from PL’s Wolves and La Liga’s Valencia and Real Sociedad respectively, the Yorkshire club have managed to add some good quality to their already impressive squad.

The impressive transfer window for Bielsa’s side is looking to gain another upward boost with the now imminent signing of Rennes winger Raphinha for a reported fee of €23 million.

The Brazilian winger is set to sign a four-year contract with the newly-promoted side, and an announcement is expected before the transfer window closes tomorrow, the 5th of October at 5 PM.

Formerly of Sporting CP, Raphinha joined French side Rennes in September of last year for a fee of €23 million. Rather surprisingly, it seems the club will not be making a significant profit on the player, if at all, as the total amount of the deal is reported to be €23 million with bonuses included.

Raphinha is predominantly left-footed and has been primarily deployed as a right-winger during his time in France. He has racked up 7 each of goals and assists in 35 appearances for Rennes across all competitions.

Under the Argentinian coach, the winger has the chance of becoming a brilliant talent to potentially take Leeds back to European competitions.

Marcelo Bielsa’s team have really taken it to the big clubs in the Premier League, giving both Manchester City and Liverpool a run for their money in the early stages of the season. Although they didn’t manage to come away with all three points on either occasion, the team played beautifully and are fully deserving of a place in the Premier League.