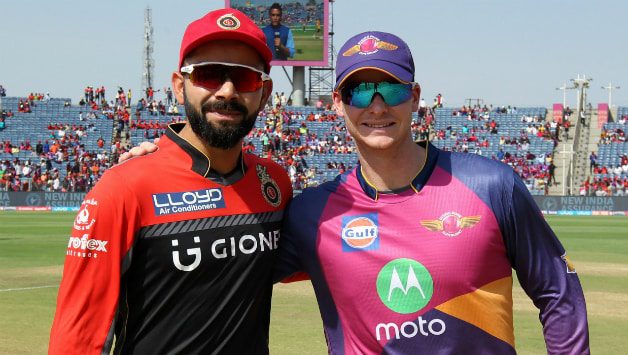 The battle of two ‘Royals’ is upon as Rajasthan Royals will take on Royal Challengers Bangalore.

Royals are coming off of their first defeat of the season. Unfortunately, it was a big one and affected their net run rate as well. Therefore, they will like to get things back on track.

RCB, on the other hand, is coming off a close yet epic super over win over Mumbai Indians. They scored a massive score of 201 runs batting them. They were able to restrict MI at 78-4 in 11.2 overs. However, the defending champions still managed to get a draw. RCB then restricted MI to only 7 runs in the super over which were chased easily.

Royals, especially their top order, were phenomenal in their first two matches. Jos Buttler will have to perform to justify his place over David Miller. Their middle-order has been struggling. Robin Uthappa has failed to adapt to his new role. Tewatia will have to be consistent as well. They bat deep with Tom Curran scoring a fifty in their last match and Jofra Archer looking in great form as well.

Bowling has been an issue for the Royals. Except for Jofra Archer, almost all have been dicey. Tom Curran has been good but will have to show some consistency. Ankit Rajpoot and Jaydev Unadkat have been leaking runs. Leg-spinner Shreyas Gopal seems to have been struggling as well. Royals may consider replacing him with U-19 fame Kartik Tyagi or mystery spinner Mayank Markande. They may also consider replacing Rajpoot with Varun Aaron.

The top order has failed. Except for youngster Devdatt Paddikal, there hasn’t been consistency. Aaron Finch hasn’t been able to convert starts into big ones. However, they’ll be concerned about the bad form of skipper Virat Kohli. The middle-order has shown consistency with Mr.360 finishing the innings. All-rounder Shivam Dubey has shown good form as well.

Despite making changes and bringing in Isuru Udana, the death bowling and pace bowling crisis have continued for RCB. Navdeep Saini does not get any assistance from another end.

AB DE VILLIERS (10) (VC) – AB de Villiers has been super consistent this IPL. It’s hard to believe that he has been out of action before the IPL. He’ll be my vice-captain.

SANJU SAMSON (9.5) (C) – Samson has been in unreal form. He’ll therefore be our captain.

STEVE SMITH (10) – The RR skipper has been in phenomenal form.

JOS BUTTLER (10.5) –  Buttler couldn’t do much in the first two matches. However, he as been in great form in the international circuit.

RAHUL TEWATIA (8.5) –  Tewatia has looked great both with the bat and ball. He’ll have to add more consistency to his match-winning innings.

SHIVAM DUBEY (8.5) – Shivam Dubey has been giving wickets at regular intervals for RCB. He has also looked good with the bat.

DEVDATT PADIKKAL (8) – Youngster Padikkal has impressed everyone with his batting this year. After top order fails, he’s had 2 fifties in three matches in the IPL.

JOFRA ARCHER (9) –  Archer bowled great as well and not to forget his innings where he hit Ngidi for four consecutive sixes!

YUZVENDRA CHAHAL (9) –  Chahal has developed into a phenomenal and intelligent limited over spinner. He picked up three valuable wickets in their first match.

NAVDEEP SAINI (8.5) – Saini has looked in great form especially in the death overs. He bowled a match-winning super over in their last match.

GURKEERAT MANN (8) – Mann being a capped Indian batsman, can certainly play a decent inning depending upon the situation.

It has been difficult predicting matches in IPL 2020 due to the UAE pitches. Teams winning the toss elected to bowl keeping in mind the due later on, however, the teams batting first have won. Also, it has been noted that a team at least needs one strike fast bowler which RCB doesn’t have.

Also, RR batting looks more equipped to bat in any situation be it batting first or chasing. Therefore, the Rajasthan Royals will defeat the Royal Challengers Bangalore.