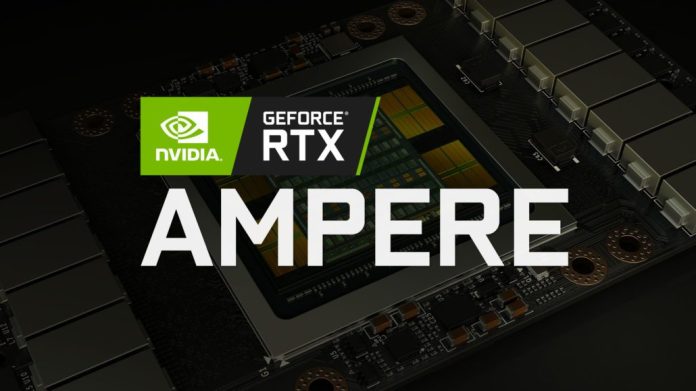 NVIDIA, this time will be launching its mid-range GPUs based on its latest Ampere architecture sooner than expected. Mostly this is because of the new Xbox and PlayStations along with the much anticipated AMD’s RDNA 2 based GPUs launching at the end of October.

Most of the specs of the upcoming GeForce RTX 3060 Ti have been confirmed and will be a beefier GPU than ever. The upcoming RTX 3060 Ti will sport 4864 CUDA cores with 8GB GDDR6 memory, and the card’s memory clock speed will be 14 Gbps.

It will have a bus width will of 256-bits for a total bandwidth of 448 GB/s of bandwidth. Now, in the middle of these rumors, GIGABYTE has submitted new GPUs for certification to Eurasian Economic Commission, brought to attention by Videocardz. There are four new models based on the new GeForce RTX 3060 Ti SKU:

As we see, the 8GB GDDR6 memory is confirmed with the name of the GPUs while sporting 4864 CUDA Cores that’s even more than last year’s flagship RTX 2080 Ti. The new GPU will feature 152 Tensor Cores and 38 RT Cores, while the TBP of the board will be around 180W.

Even before the GPU’s actual launch, the retailers have already started listing RTX 3060 Ti cards from GIGABYTE. Soon, you will be getting to see this new GPU launch late October after AMD’s launch as per new rumors.