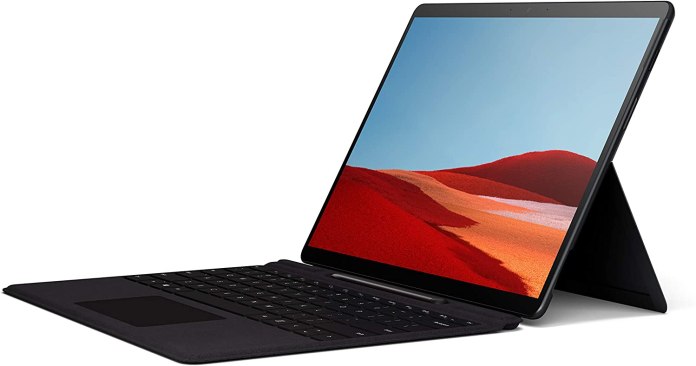 Microsoft has been firmly pushing its Windows 10 on the ARM agenda and it seems like the software giant is quite confident of its new venture. The company recently launched its new that features upgraded hardware and looks. It also released an official statement stating that it will keep releasing products that are specifically made for its new ARM platform.

The Surface Pro X finally comes powered by the custom SQ2 chip. The chipset is based on the much-anticipated Snapdragon 8cx Gen 2 silicon from Qualcomm. The SoC sports an integrated Snapdragon X55 5G modem.

The new Surface Pro X can be configured up to 16GB of RAM, and also up to 512 GB of storage.

The USB ports however does not support Thunderbolt 3 which is a downside.

Nvidia set to make $3.5 billion in profits with its ARM acquisition