Borja Mayoral to be loaned out to Roma; Jovic to stay at Real Madrid 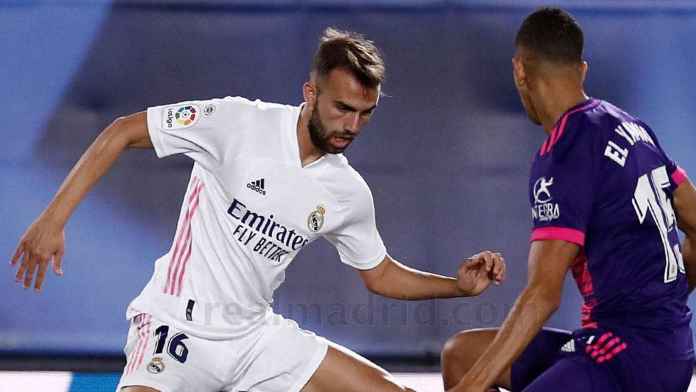 In a rather unexpected turn of events, Borja Mayoral seems to be on his way out of Real Madrid.

The speculation throughout the summer was that Zidane did not think Luka Jovic was good enough. Hence, of Mariano Diaz, Jovic and Mayoral, the latter had been chosen by the coach.

However, developments over the last few days suggest that it is instead Mayoral who seems to be on his way out.

As confirmed by elite transfer insider Fabrizio Romano, Jovic was offered to many different clubs. However, none of them took part in any advanced talks for the forward.

Reports last week suggested that Jovic wanted to return to his former club, Frankfurt to rebuild his confidence and gain more minutes on the pitch. In retrospect, it is his display with Frankfurt that ultimately made Real rate him highly enough to bring him to the club.

Manchester United were also one of the clubs rumoured to be interested in signing the forward on a loan deal. But Romano squashes those rumours in his Twitter post related to the situation.

All that said, it looks as though Zidane is ready to give the forward another chance to change his fate at Madrid.

Mayoral came out of the Real Madrid Academy, Castilla and never truly managed to break into the first team. He has been sent out on two different loan spells to Wolfsburg and Levante.

Roma seems to be the third loan destination for the Spaniard as he looks to get regular minutes under his belt.

With the change in ownership of the Italian side, a new era seems to have begun at Roma. The team that once beat Barcelona in the Champions League has now ushered itself into a rebuilding phase, much like Barcelona themselves, and so many other teams right now in Europe.

This leaves Zidane with Diaz and Jovic as backup to Benzema, who shows no signs of slowing down despite being well over 30.