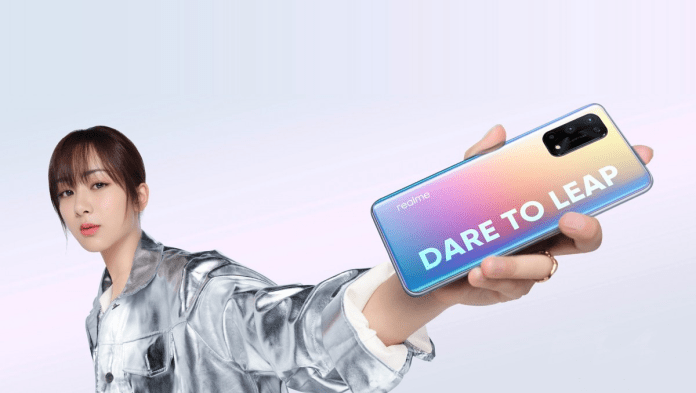 According to some of the recent reports, Realme is all set to introduce a new member of its Q series family in China. This upcoming member is speculated to be dubbed Realme Q2. The model number of this phone is RMX2173 and it has appeared on AnTuTu as well. If we check the scores, then we find that this Realme Q2 has managed to bag nearly 520,000 points, which is just massive. The score is almost equal to the flagship-tier phones’ results like the Galaxy S20 or Honor 30 Pro+.

If we check the history, then we find that the original Realme Q was merely a rebranded Realme 5 Pro. But the upcoming Realme Q2 will be an entirely new handset (no more rebranded version).

Some of the specifications of this phone, then only some of them are in our hands as TENAA has already published a listing of this phone. This phone will feature an OLED screen and will be powered by an octa-core Qualcomm Snapdragon 765 SoC chipset (2.4GHz CPU). It is also expected that the battery of this phone will be supported by a massive 65W fast charging. Right now, we have no idea what kind of camera module Realme will feature in this Q2 smartphone.

As of now, that’s all we know about this upcoming Realme Q2. According to the reports, the launch of this phone is said to take place on October 13. Hope that’s when we’ll learn all about the new Q2 smartphone.