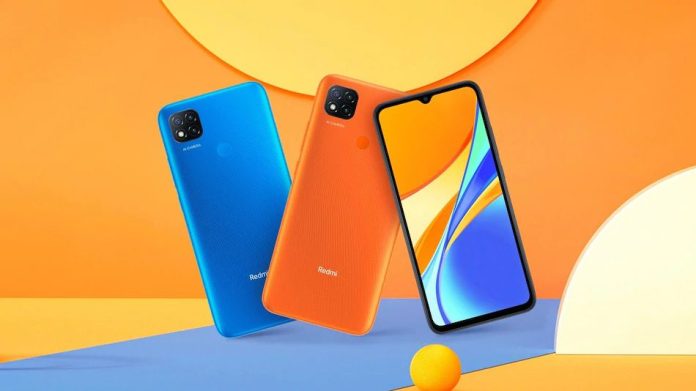 According to a recent tweet from Poco, it is now confirmed that the company will launch its upcoming Poco C3 in India on October 6 at 12 pm (noon) this year. Poco has shared a teaser video in that tweet but did not reveal any of the specifications of the upcoming phone.

Though it is expected that the Poco C3 will be a rebranded version of the Redmi 9C that was originally launched in Malaysia back in June, moreover, we will get some more information about this phone during the Flipkart Live video of the Poco C3 launch on October 2.

If we want to discuss this phone’s specs, then we can take the Redmi 9C as the Poco C3 will be a rebranded version of it (probably). The Redmi 9C runs on the Android 10 OS and is powered by the octa-core MediaTek Helio G35 SoC paired with up to 4GB of RAM. Regarding the display, this phone offers a 6.53-inch HD+ display. This phone also comes with a rear-mounted fingerprint sensor and support AI face unlock.

In terms of camera, the Redmi 9C features a triple rear camera setup on its back with a notched selfie snapper at the front. Regarding the battery, this phone is fueled by a 5,000mAH battery with the support of 1W fast charging. Apart from it, this phone has every other connectivity options, like a 3.5mm audio jack, 4G LTE, Wi-Fi, and Micro-USB port for charging.

The company has not shared the release date of the Poco C3. In terms of the Redmi 9C, it was originally launched in Malaysia. The retail box also mentioned the RAM and storage variant, color variant, and the price, along with some other details like the SAR value and model number. We hope in the upcoming days, and we’ll come to know more about this upcoming Poco C3.

Regarding the price and availability, the Poco C3 will be launched in the country on October 6 at 12 PM (noon) IST. The company says that this phone will be available via Flipkart. There are a couple of leaked images of a retail box as shared by one of the tipsters.

From those leaks, we can see that the Poco C3 carries a price tag of Rs. 10,990 for the 4GB + 64GB variant in a Matte Black color option. As of now, original pricing and the sale date have not been confirmed by the company.

After the launch of Galaxy S20 and S20FE, it is rumored that the South Korean tech giant Samsung is looking to launch...
Read more
Apple

Apple iPhone 12 Pro Could Be manufactured in India, Brazil, China

Apple iPhone 12 series has already launched globally a couple of days ago. But the main disappointment for the fans of iPhones...
Read more
Mi

Xiaomi Mi 11 to be launched with Snapdragon 875 SoC

As per the reports, Xiaomi is about to launch the Mi 11 smartphone in the upcoming days. The most important thing is,...
Read more

Finally, Poco has launched its brand new budget smartphone in the Indian market, named the Poco C3. According to the company,...
Read more
POCO

According to reports, Poco (sub-brand of Xiaomi) is going to launch its new Poco C3 on October 6 this year. It's...
Read more
POCO

Recently a tipster has shared on his Telegram about the tipped price of the Poco C3 in India. There are a...
Read more

In this Amazon Great Indian Festival, we have come across several festive offers from Smartphones to Kids Toys and all of...
Read more

Recently, we have been talking about Pixel 5 and Pixel 4a 5G for quite some time, but today we have received factory...
Read more

After the launch of Galaxy S20 and S20FE, it is rumored that the South Korean tech giant Samsung is looking to launch...
Read more