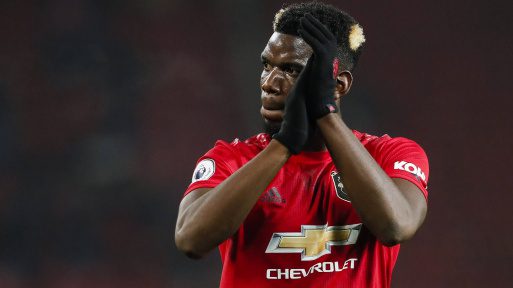 Manchester United are now ready to trigger the one-year extension clause of Paul Pogba’s contract. According to reports United are considering triggering the clause soon.

Paul Pogba came back to Manchester United in 2016 in a 4-year contract with an option to extend the contract for another year. Paul Pogba is a graduate of the Manchester United academy. After that, he joined Juventus in 2012. In his 4 seasons in Italy, he had established himself as a top midfielder. In his 178 appearances for the Italian side, he has scored 34 goals. He has also won 4 Serie A titles with Juventus. Then he came back to his boyhood club. In his 159 games with United, he has scored 32 goals. In 2018, the Frenchman has won the World Cup as well with his country.

Paul Pogba was often criticized for his consistency. He was not in a good form as well in his first two Premier League games this season. Though United manager Ole Gunnar Solskjaer is keeping faith in the French midfielder. Ole said, “He missed a lot of the pre-season because of his illness, so he’s not had internationals or the friendly against Villa.”

Manchester United will face Tottenham this weekend. Before that, they have a Carabao Cup tie tomorrow. Some pundits, fans are asking Ole to try Donny Van De Beek in place of Paul Pogba. We need to wait until the weekend to see how Ole deals with this situation.