Lenovo launches its thinnest ThinkPad in the market 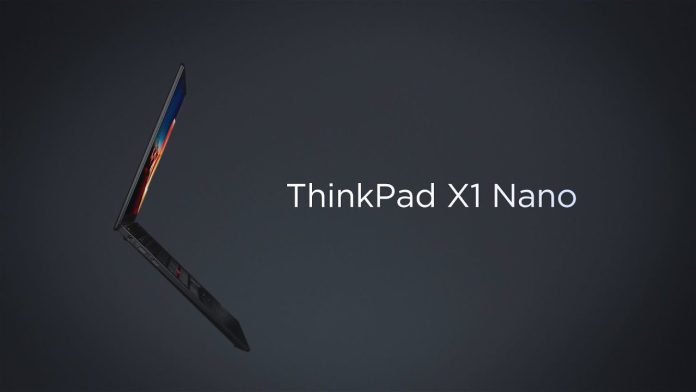 Lenovo has launched a new model in its most famous ThinkPad series. The company has claimed it to be the lightest ThinkPad ever. Dubbed as ThinkPad X1 Nano, the device comes powered by Intel’s latest 11th Generation Tiger Lake Core Processors and comes with a taller 16:10 display.

The new ThinkPad X1 Nano has slim bezels on the side and thick bezels at the top and bottom. It also supports Dolby Vision and Dolby Atmos.

The device is quite similar to the existing ThinkPad X1 Carbon Gen 8, however, the exception being its 13-inch screen with a 16:10 ratio.

To make the ThinkPad smaller and lighter, the company had to do some compromise. the battery and keyboard are smaller in size compared to previous models. The device does come with an impressive array of ports. ThinkPad Nano comes with two Thunderbolt 4 ports and a headphone jack.

The new ThinkPad is the first ThinkPad X1 to be powered by Intel Tiger Lake CPUs with the revolutionary Intel Xe graphics. While sporting an LPDDR4X memory up to 16GB and supporting 5G. the device brings a lot of new stuff to the existing ThinkPad X1 line-up.

The inclusion of UP3 or UP4 Tiger Lake CPU models has not been made clear as of yet. The display offering a single 2K resolution will come in both touch and non-touch variants.

The Lenovo ThinkPad X1 Nano will be available in December 2020. The Cost will be at least $1,599. It will ship with either Windows 10 Pro or Ubuntu Linux.