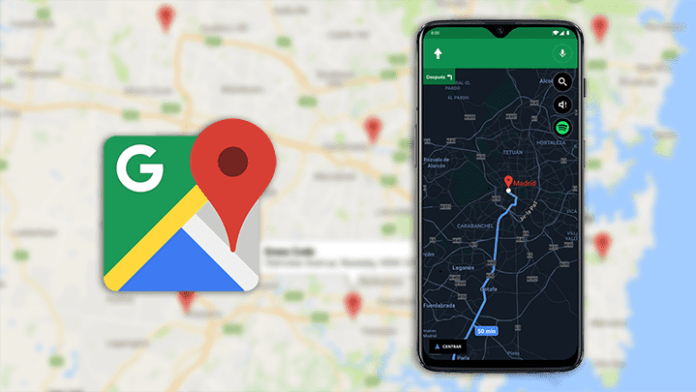 A year ago Google teased the dark mode for the Maps and now finally after a year Google Maps has started receiving the dark mode with the new update marked 10.51.1.

The traces of dark mode was found in version 10.50 but the recently updated version 10.51.1 has a fully fledge dark mode which is gradually rolling out to the Android users.

The feature was reported several Reddit users who said that they started getting dark mode this week and when turned on the maps themselves turn into some dark shade of gray with colored text for locations tag and buttons and the search bar has a slightly darker shade of gray.

There has been an automatic toggle for dark mode from long time but that was only limited to the navigation which switches on after sun is set or if you’re going through some tunnel.

It’s quite surprising to see that the whole dark overhaul took Google this much time since they already had the dark mode for navigation which could have served as a mold for the new theme but still Google knows the best and there would be definitely some work behind the change since Maps is hugely used applications and millions of people use it daily for navigation.

Chances are that you might not be able to experience it now since it has been rolling out to few select users for now randomly through the server-side itself as several users on Maps 10.51.1 reported that they are unable to find the new option so maybe it will be rolled out to mass users within next few days.