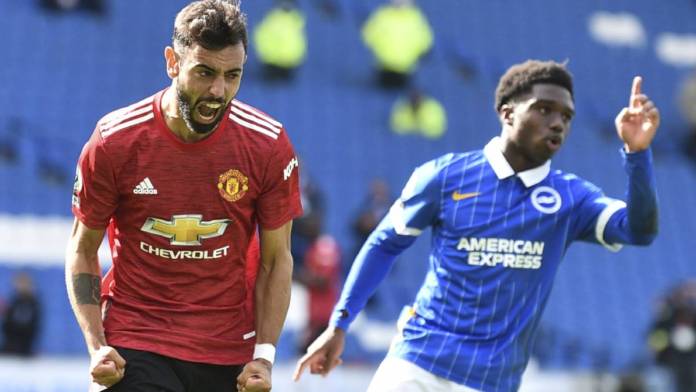 Manchester United faced Brighton in the Premier League last weekend. The game ended on a controversial note as United were awarded a penalty by VAR after the final whistle had been blown.

This Round 4 Carabao Cup match will be a repeat of the last fixture. Brighton would be hoping to successfully pull off a shock this time after their 95th minute equaliser was cancelled out by Fernandes’ penalty to hand United the win. On the other hand, Solskjaer side will also like to progress to the next round.

When is the Brighton vs Manchester United Carabao Cup match?

The Carabao Cup match between Brighton and Manchester United will be played on 30th September 2020.

The match will be played at Brighton’s home ground, Amex Stadium.

The Carabao Cup match will be broadcasted live in India on Colors channels.

You can catch the live streaming of the Brighton vs Manchester United Carabao Cup match in India on Jio TV and Voot (You need to have Voot Select subscription to watch the match).

Manchester United is a team that has been always believed in youth rather than famous players. They have produced some real talents...
Read more