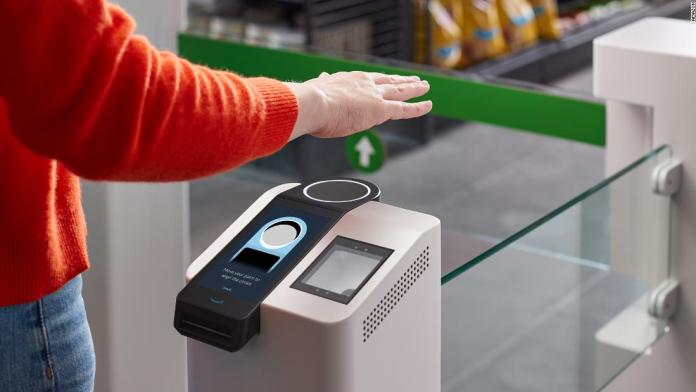 Amazon announced a new payment system for real-world shops. Its new Amazon One lets users make payments via a simple wave of a hand.

Palm scanner technology has been in talks for a long time. However, with amazon finally implementing it for digital payments, the technology will receive a significant boost.

While many companies have experimented with the technology. Amazon successfully integrating the tech means the palm scanning technology will have a strong presence in the retail market.

Amazon One scanner registers an image of the user’s palm, allowing them to pay by hovering their hand mid-air for about a second.

The company reported that the product will first be trialed at its GO store in Seattle. The company also states that it is an inactive discussion with other potential partners to roll out the new scanner to other shops in the future.

The company believes that the new device can become an alternate payment or loyalty card option at the checkout counter next to a traditional point of sale system. The system could be used for entering a location like a stadium or scanning yourself into work instead of using an ID card.

Palm technology is based on capturing the vein patterns of the palms. These patterns are different for each finger and each person. Since they are hidden underneath the skin’s surface, forgery is extremely difficult.

Palm scanning biometric authentication is based on physical characteristics that stay constant throughout one’s lifetime and are more difficult to fake, change, or steal.

The company has not released details on exactly how its Amazon One works. The only details the company released is that the device will use “custom-built algorithms and hardware” and scan “distinct features on and below the surface” of the hand.

Amazon stated, “You can’t determine a person’s identity by looking at an image of their palm”.

Customers can just insert their bank cards and follow the on-screen instructions to link their palm print to that payment option. No Amazon account will be required for registration.

The company promises data security as the print will be encrypted and kept securely in the Cloud. Customers can also delete their data via the company website.

Amazon to start manufacturing its own devices in India