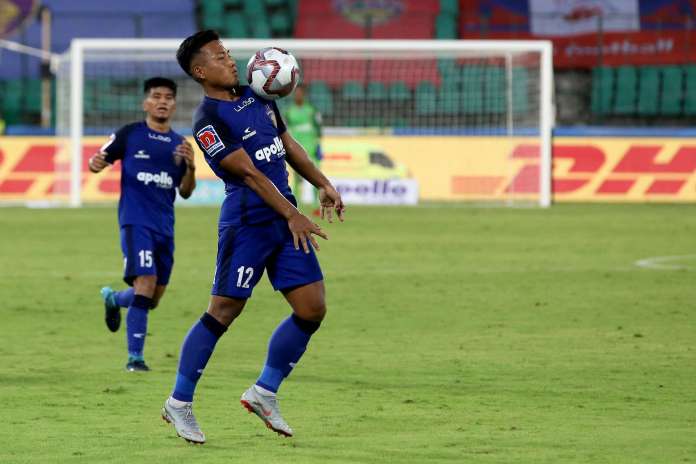 After negotiating a joint venture with Shree Cements as their main sponsors, East Bengal are set to make their highly anticipated debut in the 20/21 season of the Indian Super League.

Sandesh Jhingan has been recruited by arch-rivals ATK Mohun Bagan and East Bengal have been active in recruiting players as well.

East Bengal have reportedly agreed on terms with Chennaiyin FC’s record goalscorer Jeje Lalpekhlua and will be announcing the signing of the player in the upcoming week.

The striker won the ISL twice with Chennaiyin FC and is currently a free agent. He has earned 56 caps for the Indian national team and has scored 23 times for the country.

Lalpekhlua had to miss the previous season owing to a knee injury. He last appeared for the national team in January 2019 in the Asian Cup.

As of now, the Mizoram born striker has made the list of the probable inclusions for the joint Asian Cup and World Cup qualifiers for India.

He has shown quality and composure in front of goal for Chennaiyin FC and his other former clubs and will be a valuable addition to the historic red and yellow club as they look to pull off a heist for the title in their very first season in the competition.

Interestingly, Lalpekhlua spent multiple seasons on loan at Mohun Bagan in the I-League. With the forward set to make the move to the fierce derby rivals, it will be interesting to see how (ATK) Mohun Bagan fans react to their former star’s departure to their old nemesis.

Following a recent report by TOI, East Bengal will play in the ISL as SC East Bengal, the prefix denoting the team’s majority stakeholders, who acquired a 78% share of the team. The board of directors will consist of 8 people, 6 from the sponsors and 2 from the club.