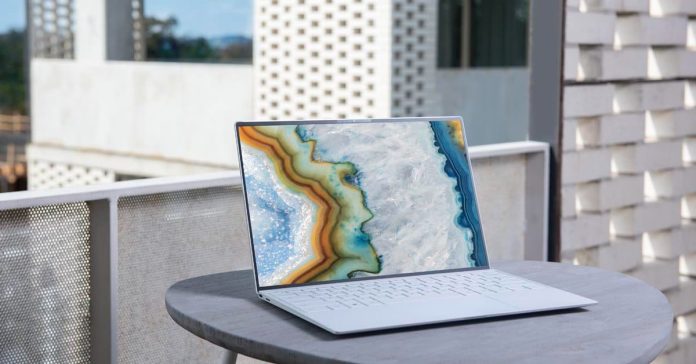 Dell XPS 13 9310 2-in-1 has been dubbed as the best 13-inch laptop available in the market. The company just announced that the top dog is getting major power updates.

Reportedly the upgraded XPS 13 9310 will sport the 11th Gen Intel Tiger Lake Processors. The Tiger Lake CPU will provide a significant boost to the device’s performance. Despite the processor being limited to only four cores, it is still far superior in performing tasks such as photo and video editing.

The display continues to be the same 13.4-inch InfinityEdge with a 16:10 touch display. The display variants still carry an FHD+ and UltraSharp 4K UHD+ resolutions.

Both display variants are Dolby Vision-certified and have a 0.65% anti-reflective coating and a wide viewing angle of 178-degree. The display is protected with an Edge-to-edge Corning Gorilla Glass 6.

What’ new in the Upgrade?

Ports are similar to the previous XPS model except for the new Thunderbolt 4 ports. The device sports the Killer AX1650 Wifi 6 chipsets and also Bluetooth 5.1.

Dell stated that the new XPS 13 2-in-1 uses dual carbon liquid crystal polymer fans, which maximizes airflow rejection. The fan’s blade is more in number than the previous XPS model and also have less thickness.