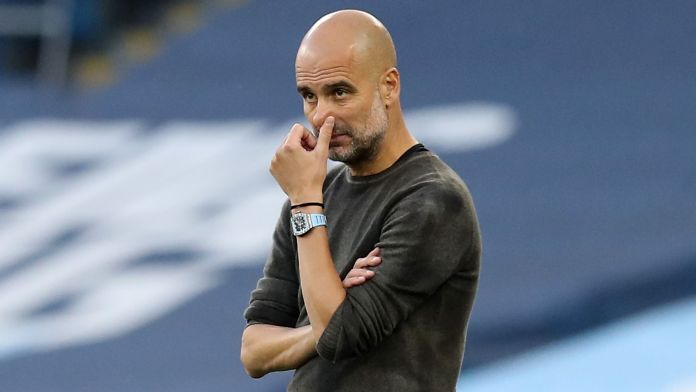 Manchester City put in a shambolic defensive performance as Leicester thrashed them 5-2 in a Premier League match yesterday. Reigning Golden Boot holder Jamie Vardy scored a hat-trick which now takes his tally against the Citizens to 9 goals from 10 games.

Pep Guardiola was taken aback at the reaction in what was only their third competitive game in the new season. It was the first time that Man City conceded 5 goals at home against any opponent in any competition, in 438 matches.

Although City started brilliantly with Mahrez opening the scoring within 3 minutes, Vardy equalised with Leicester’s first shot of the match. Walker tripped Vardy and the result was a penalty which he converted successfully.

Things were still looking good for City at the half time mark. But things started to go downhill when Fernandinho was substituted for young striker Liam Delap. It almost took away the solidity in midfield which meant that the likes of Barnes, Vardy and Maddison kept taking shots at goals.

And in a trice, City found themselves guilty of giving away sloppy penalties and not closing down Leicester’s attackers. When the score was 4-1, Ake struck his debut goal with a fine header which was nothing more than a consolation.

It already seems like City are panicking in the defensive third of the pitch. Whether that is down to lack of quality players or no concentration in key moments, the team has to take this defeat on the chin and move forward.

Especially for someone like Pep Guardiola, who has never conceded 5 goals against any team at home in his managerial career. The onus is for them to improve and the next test is against Bielsa’s Leeds United.

Manchester City will hope to put in a much better shift by fielding their preferred starting XI and getting the title challenge campaign back on track.

Share
Facebook
Twitter
Pinterest
WhatsApp
Linkedin
Previous articleRedmi 9A arrives with 6GB RAM and 128GB storage variant at just $146
Next articleAmazon’s Great Indian Festival sale is coming, here’s what you will get in Tech