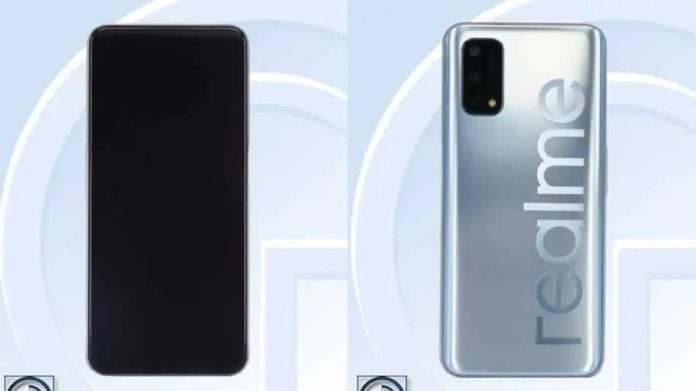 Realme is hitting the market with one after another smartphone in the market. After a successful launching of the Narzo series, now Realme is going to launch its Q series smartphones. According to Digital Chat Station, this upcoming Series smartphones will arrive on 13th October.

The Realme Phone with the model number-RMX2117 was spotted on TENAA Listing, which is expected to be a Q-series smartphone of Realme. The trading name of these upcoming phones is not known yet.

According to TENAA listing the Realme phone with a model, number RMX2117 features a 6.5-inches Full HD+ OLED display with a 20:9 aspect ratio. The display of this phone has (1080×2400) pixels of screen resolution. This upcoming smartphone measures (162.2×75.1×9.1)mm and weighs 194 grams. The phone also has an under fingerprint sensor.

The Chinese TENAA datasheet also reveals that this upcoming expected Q-series smartphone will be powered by an octa-core SoC clocked at 2.4 GHz and runs on Android 10. We haven’t got any information about the exactly used SoC, but it is expected that this phone will be powered by a 5nm flagship chipset. The phone comes with a decent battery backup of 4,900mAh which is supported by double-core 65W super-flash charging.

Let’s enlighten the camera module of this upcoming handset. This phone will pack wit triple rear camera, which includes- 48 MP main sensor alongside an 8 MP and a 2 MP shooter, but we haven’t know the types of the lenses. On the front side, the phone will have a 16MP front camera for selfie and video call purposes.

The SoC of this upcoming phone will be equipped up to 8GB od RAM and 256GB of inbuilt storage. The Realme Q-series smartphone may be offered three RAM and storage variants- 4GB+64GB, 6GB+128GB, and 8GB+256GB. Users can expand the storage through a Micro-SD card.

It is predicted that this new Q-series of Realme is going to be launch on 13th October, in China, and maybe launched in China with 4 colour options- Black, Blue, Silver, and Gray.