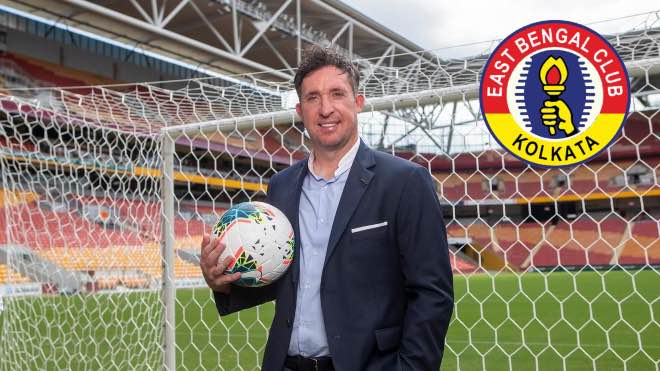 Liverpool legend and former England international, Robbie Fowler, is set to become the new head coach of East Bengal this season. The discussion between the two parties had started earlier this month. East Bengal will start their ISL journey this month. FSDL has already confirmed the addition of the Red & Gold Brigade yesterday.

Robbie Fowler started his managerial career in 2011 with Muangthong United and made them 3rd in the league in his first season. After that, he didn’t manage any team until last season. Robbie Fowler has managed Brisbane Roar last season in Australian A-league who has finished fourth in the league. Unfortunately, the team lost in the knock out against Western United FC by 0-1.

East Bengal has tied with ‘Shree Cement’ as their sponsor this season. Owner and managing director of Shree Cement, Hari Mohan Bangur said, “We have been quite late already in selecting the coach, foreign players, training, but we are still confident of doing a good job. We will make the announcement by September 30.”

ISL is going to start on 20th November. All the team has already started their journey to Goa for preparation. East Bengal has very little time to prepare for the next season.

“I know we have too little time, we are starting with a handicap. But still, we will give a good fight. We are taking good players and a coach.”

It is quite sure East Bengal will announce the name of their head coach very soon and Robbie Fowler is one of those names who can be the next person to sit in the hot seat of East Bengal.