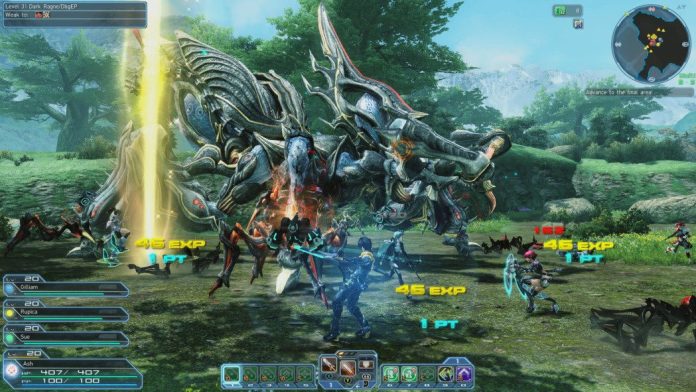 Previously, Phantasy Star Online 2 was released in Japan on 4th July 2012, and recently on May 27, 2020, the game got released in America. It took around eight years to come to America since the release in Japan.

At E3, Sega affirmed that a standalone expansion of the game is making its way soon. This expansion is named PSO2: New Genesis that will add an open world environment to the MMO and revamps both the combat and graphics. The game expansion will be separate, but your character can move back-and-forth between PSO2 and New Genesis.

On this Friday Tokyo Game Show took place, where Sega, developer of Phantasy Star Online 2 ran an hour-long live stream. The live stream showcased the new Genesis and the English translator translated over the sentences of the Japanese developers. Here are the game highlights-

You can explore the vast world and can move between areas seamlessly in the new Genesis expansion. On top of that, the upcoming updates will allow the players to visit more and more places, and eventually, you’ll be able to go to all the locations on your site. It will support hundreds of players at the same time to join the lobby.

PSO2: New Genesis includes the day/night cycle, weather cycle, healing items that are scattered around the field, two new actions: A dash and a glide, for better mobility, two new sections: exploration section where you can gather items and fighting sections which focuses on enemies.

Furthermore, there are three launch classes they are Hunter, Ranger, and Force. In the party combat mode, you will be able to choose between the three classes. In this mode, enemies will be spawned at random in the combat areas of the environment. Each enemy will have an elemental weakness and you to find and exploit those weaknesses to create openings.

Till now Sega didn’t announce a release date for New Genesis but seems to be coming in 2021.