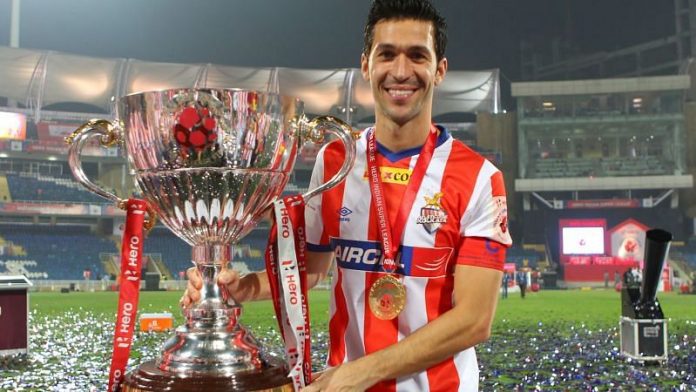 When ISL started, every team had a marque player. From Luis Garcia to Roberto Carlos many big names of world football has come to India to play in ISL.

Former Liverpool player, Luis Garcia was the captain of ATK (now ATKMB) in 2013. In the very first season, he guided his team to the ISL title.

Now, ISL’s first captain to lift the title had an interactive session with La Liga. The Spanish forward spoke about ISL.

“Marquee players can bring something different. They have knowledge of a (big) dressing room in Europe and other markets. Having a marquee would mean something to look at for young players. The decision is for the clubs, but for me to begin with, it was fantastic (to be ATK’s marquee player in the inaugural Hero ISL season in 2014).”

“From three months at the start, the competition is now six (months long). It’s about continuing to grow. ISL needs to have a few more years, a few more teams involved and in the end, it’s about growing. The league has been doing well in the past few years. I am expecting them to have big names in the future.”.

ISL definitely has a bright future ahead as AIFF has already decided to give it the designation of the Indian top-flight. The 7th season of ISL is set to begin in November. It will be one of the most exciting seasons as two Kolkata giants ATK Mohun Bagan and East Bengal will lock horns for the first time in ISL.

Share
Facebook
Twitter
Pinterest
WhatsApp
Linkedin
Previous articleWhich teams will make the playoffs, stay at the bottom, and which team will probably win based on Week 1 of the IPL 2020?
Next articleOnePlus Nord Vs Samsung Galaxy M51: Which one is the best mid-ranger under INR 25,000?