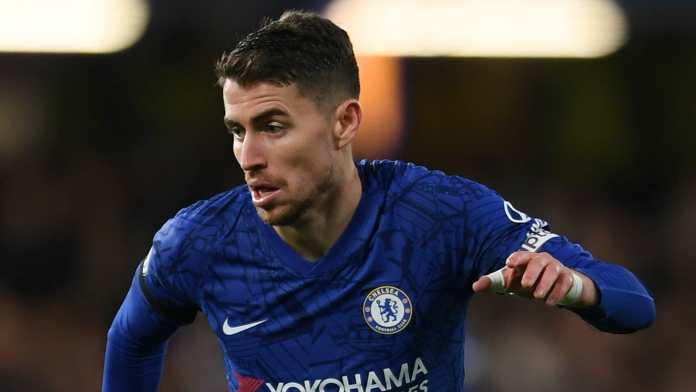 Chelsea have been linked with their former academy player Declan Rice throughout 2020. Despite this, nothing substantial has developed between the two clubs over the signing of Rice due to West Ham valuing him at 80 million pounds.

Chelsea have since spent over 250 million in this transfer window alone.

Across London, Arsenal are keen on signing Houssem Aouar from Lyon. However, no talks have taken place there either.

Mikel Arteta is an admirer of the Italian and has claimed Jorginho as the alternative to Aouar should Arsenal fail to get their man.

Jorginho has fallen out of order with Frank Lampard due to his weakness in defending from counters, since he functions as a deep lying playmaker or a Regista.

The Italian lacks speed and physicality, which force him to commit to fouls to stop the counter-attack. All that said, he is still prone to be outpaced by opposition attackers.

Frank Lampard opted against using Jorginho since play resumed post lockdown and the current Chelsea vice-captain has spent more time on the bench than he ever did under Sarri.

While there is no official word from any of the clubs involved yet, it seems realistic that Frank Lampard would want to set Jorginho free.

Much like Chelsea’s pursuit for Rice, Arsenal are reluctant to match Lyon’s valuation of Aouar. Should the Gunners settle on Jorginho instead, the Blues could make one last bid for Rice before the window ends.

Super Frank is an admirer of the young England international, and his physicality and defensive ability could help Chelsea out a lot.

Chelsea have a stacked midfield and will need to reduce their squad first. It is of vital importance that players who have fallen out of favour leave the club so that funds are raised. In addition, most of them will be starved for minutes with increasing competition in the heart of the park.