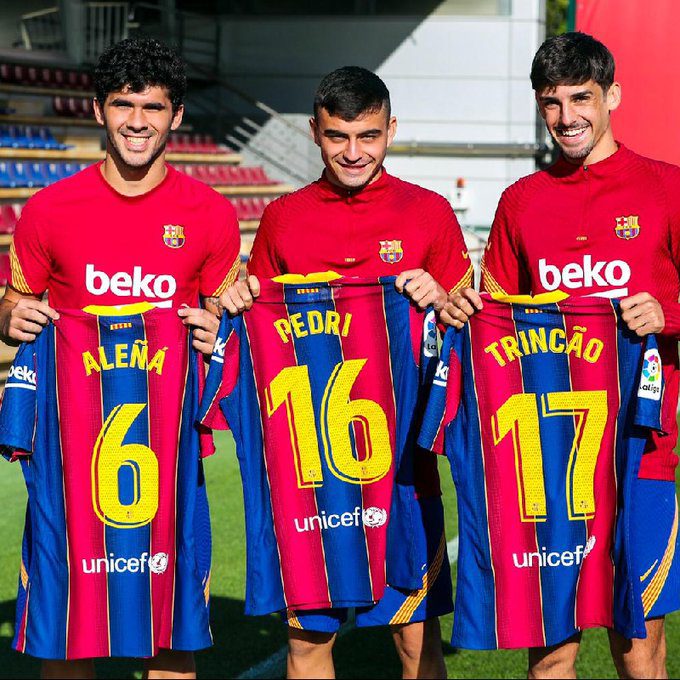 Young players are the most exciting part of football. From teenagers with potential to world-class performers on the pitch, the journey is simply too good for words. Towards that end, Barcelona has invested in their future by offering first team call ups, as well as official shirt numbers to three of their most talented young players.

The French striker has now been given his favored number 7 shirt, whereas former Barcelona number 7 Philippe Coutinho will be wearing number 14 for the 20/21 season.

Coutinho won the treble with Bayern, with whom he spent the 19/20 season out on loan and infamously scored two goals in the 8-2 thrashing of Barcelona in the Champions League last season.

Lastly, Pedri has been given the number 16 shirt as confirmed by the club.

However, Riqui Puig and Ronald Araujo have been deemed surplus to requirements by new manager Ronald Koeman. This has been met with significant backlash from the Camp Nou faithful.

Puig has been praised as far as being labeled as the future of the Barcelona midfield following the glory days of Xavi and Iniesta pulling the strings on the pitch every single time they played together.

To send one of their brightest prospects out on loan, especially when the club are in dire need of new talents to revive their ambitions of European success is quite counter intuitive to say the least.

Luis Suarez and Nelson Semedo have been the most recent departures from Camp Nou and the club has not yet managed to find a suitable replacement for the outgoing players.

Talks with Inter for Lautaro Martinez have long died out whereas Ajax’s Dest seems to be on the verge of making the move to Camp Nou.