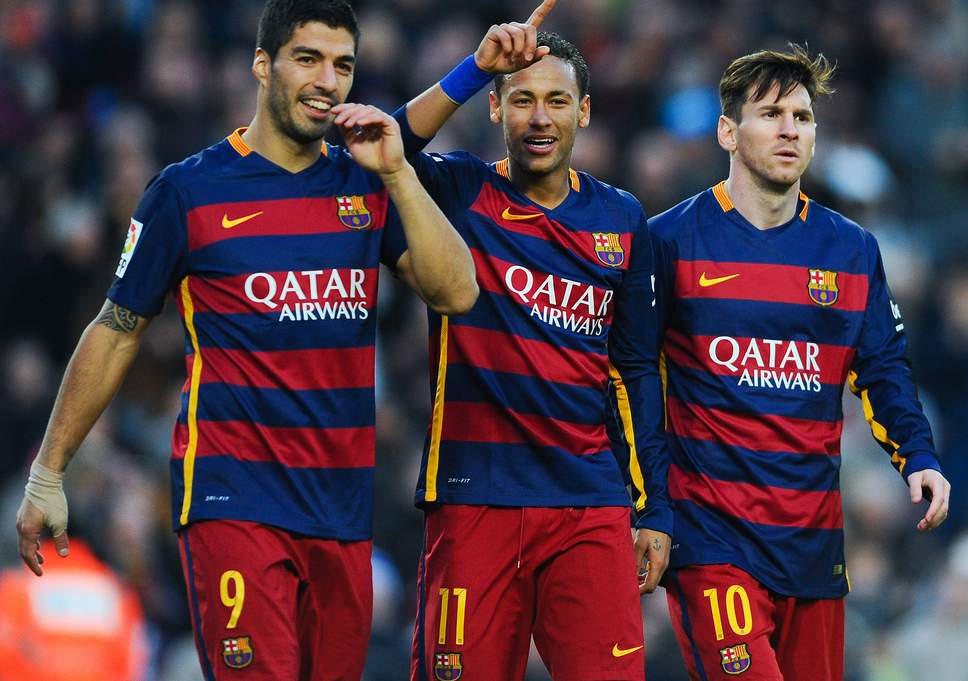 With the evolution of the beautiful game, a 4-3-3 has become commonplace in top clubs now. Attacking trios are the most exciting part of the modern tactics of football.

With that in mind, we look at 10 of the most prolific attacking trios of the 21st century.

The first of many magical Barcelona trios, even the names on paper look like a legendary lineup. Imagine being lucky enough to see them play for the same team. In three years, they won two LaLigas, a Champions League and a Supercopa.

In only two years together under Sir Alex Ferguson, the trio won a Champions League, two Premier Leagues, a League Cup and the Club World Cup. Truly mesmerising to say the least.

Replacing one of the best to ever play the game, Thierry Henry came in and partnered with an already legendary strike force to lift the treble in the 2008/09 season for Barcelona.

Manchester City managed to collect 100 points throughout the course of the season and managed to become the first Premier League team to get to 100 points in a season.

Winning the treble together in 2013 and also retained their domestic double in the following season. Arguably one of the most dominant front threes of the 2010s.

They won the La Liga title with 100 points in 2012. Under Pep Guardiola, the explosive front three also managed to win the 2010-11 Champions League and were one of the most innovative and skilful players in history.

They won the treble in the 2009-10 season and managed to show the world why Jose Mourinho called himself the Special One. Smooth attacking football and sheer brilliance from the front three saw them beat Bayern in the final of the Champions League.

They dominated England, Europe and the World last season. The current Liverpool front three are truly something special and Jurgen Klopp has silenced his doubters once and for all with the most feared trio in the world right now.

Barcelona have had a long history with the 4-3-3 and MSN was the peak of their excellence in the 2010s. With 364 goals, 174 assists, two league titles, a Champions League, a Super Cup and a Club World Cup, the three South Americans were unstoppable during their three years together at Barca.

None can compare to the trophy cabinet that this front three managed to rack up during their years together at Madrid. Four Champions League and Super Cup trophies, three Club World Cups, a Copa del Rey and a LaLiga title. The list alone shows the brilliance of the most decorated trio of the 21st century.