Qualcomm Snapdragon 775G is in development, up to 120 Hz displays, 12 GB of LPDDR5 RAM, and UFS 3.1 storage supported 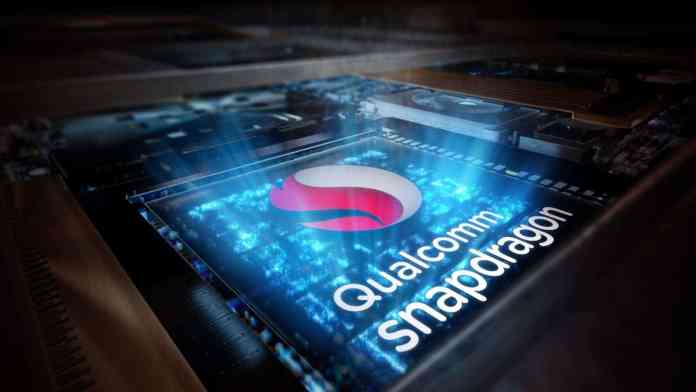 A new member is all set to join the Qualcomm Snapdragon family as according to Roland Quandit, Qualcomm is developing a new Snapdragon 7xx series chip called the Snapdragon 775G. Another leak claims that the 775G chipset is closely elated to the Snapdragon 875 chipset.

Regarding the fabrication process, it is rumored that SD 775G will be built on a 6 nm process whereas SD 765G has a built process of 5 nm. So, this will be definitely a massive upgrade in terms of the manufacturing process.

As of now, Quandt has not offered any performance-related news about the upcoming chipset. But according to some rumors and predictions, the upcoming SD 775G chipset will definitely have upwards of 40% faster CPU than the Snapdragon 765G, which Qualcomm will couple with a 50% more powerful GPU. On the other hand, it is expected that the Snapdragon 775G bears a close relationship with the Snapdragon 875.

According to Quandt, the chipset has been assigned the codename Cedros and the model number SM7350. Let’s see what are the other facilities the SD 775G will bring to its users. Right now, Qualcomm is in the testing phase of the SD 775G in a platform with support for 120 Hz display, 12 GB LPDDR5 RAM, and 256 GB UFS 3.1 storage. The testing platform could be indicative of what Snapdragon 775G will support.

As of now, Qualcomm has not revealed any information about the unveiling of the Snapdragon 775G. The predecessor of SD 775G has been announced in December last year. So, we can hope that Qualcomm will introduce its newest SD 775G chipset in the upcoming two or three months. But it will take quite a few months more before any Snapdragon 775G-powered devices hit the market.

As per the reports from the renowned market research company Counterpoint Research, Nokia phones have claimed the top rank in terms of...
Read more
Samsung

From the past couple of years South Korean company Samsung has come with a lot of mid-range and a bundle of flagship...
Read more
Redmi

Finally today, Redmi has launched its K30S in China. There are a number of smartphones in this Redmi K30S series. Those are...
Read more

After the launch of the iPhone 12 series, one after another thing gets clarification about the series. Now we have come...
Read more
Laptop

Samsung launched its Exynos 990 with the hopes that the new processors will finally dethrone apples A13 Bionic. The in-house processor from...
Read more

Finally, AMD's event has given a broader look to its latest RDNA 2 based graphics cards or known as RX 6000 Series...
Read more

The Red team has finally made its Radeon RX 6000 Series GPUs available for the public in its much-anticipated launch event that...
Read more

AMD is raising quite a profit this year and has announced its launch of next-generation processors. It seems like intel's competitor has...
Read more