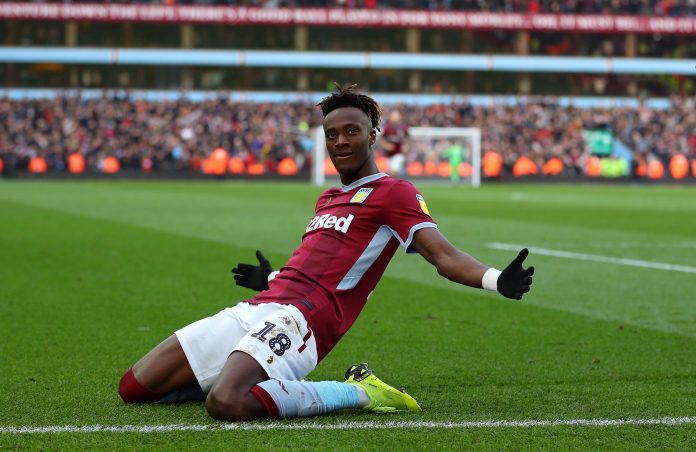 Since the signing of Timo Werner, Tammy Abraham has faced some stiff competition in the starting XI. Olivier Giroud has also shown some good form since play resumed post-lockdown.

With three very talented strikers at his disposal, Frank Lampard has some serious selection problems. And it is safe to say that at least one of the three strikers will be starved for minutes in this campaign.

Keeping that in mind, fellow London based rivals West Ham United and Abraham’s former club Aston Villa are reportedly willing to lure the forward away from Stamford Bridge with the promise of guaranteed minutes for the young England international.

The 22-year-old only had 11 minutes of Premier League action in the two matchdays of the 20/21 campaign. While he racked up two assists and a goal in his performance against Barnsley in the Carabao Cup, it is clear that the gaffer rates him below Werner at the very least.

While Aston Villa could be Abraham’s preferred destination it looks like Chelsea would prefer to negotiate a deal with West Ham United.

The reason being the Blues’ pursuit for their former player and now West Ham midfielder Declan Rice. Chelsea have been linked with the England international throughout the summer and even well before it. Should Chelsea negotiate a deal with the Hammers, they would look to try and prize Rice away from the London stadium.

On the other hand, Aston Villa are a team which could use some serious quality upfront to supplement the goal contributions of star midfielder Jack Grealish. Villa manager Sean Dyche rates Tammy Abraham very highly. Abraham enjoyed a very fruitful spell with Villa, spending the 18/19 season on loan from Chelsea guiding the former European champions to the Premier League once again

The academy graduate Abraham is Chelsea through and through. But there is a chance he could move away from Stamford Bridge given the promise of minutes on the pitch.