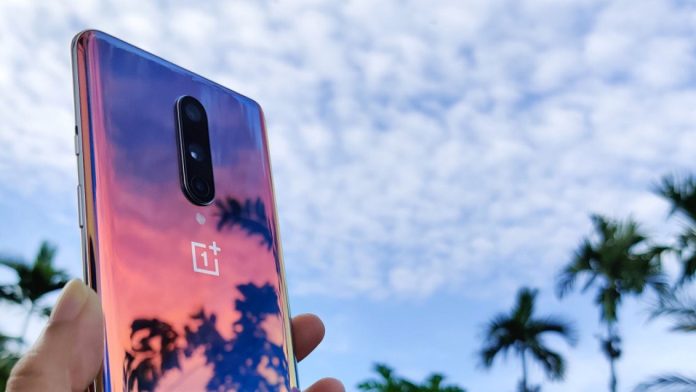 Recently the OnePlus CEO Pete Lau has confirmed that the upcoming OnePlus 8T will feature a 6.55-inch diagonal display with a refresh rate of 120Hz. Moreover, he unveiled the panel will have a JNCD of 0.3 on his Weibo Profile. The panel of the OnePlus 8 Pro had a JNCD of 0.4.

JNCD means Just Noticeable Color Difference. It is used to measure the color accuracy of the display panel. In another post, Pete Lau has also revealed the new auto-brightness adjustment of the OnePlus 8T. The auto-brightness is doubling the available steps from 4096 to 8192. He also added that there will be an ambient light sensor both on the front and the back of the phone to more accurately measure the surrounding light.

Apart from this, a lot of other specifications have already leaked regarding this phone. This phone is powered by an octa-core Qualcomm Snapdragon 865 SoC which is paired with two different RAM variants: 128GB/8GB RAM, 256GB/12GB RAM. Regarding the battery, this phone offers a decent battery backup of 4,500mAH supported by 65W charging speeds. The size and weight are expected to be quite similar to OnePlus 8.

Coming to the pricing and availability, it is expected that this phone will carry a price tag of €599 for the 8/128 GB variant which is a lot cheaper than what we have heard earlier this week.

As per the reports from the renowned market research company Counterpoint Research, Nokia phones have claimed the top rank in terms of...
Read more
Samsung

From the past couple of years South Korean company Samsung has come with a lot of mid-range and a bundle of flagship...
Read more
Redmi

Finally today, Redmi has launched its K30S in China. There are a number of smartphones in this Redmi K30S series. Those are...
Read more

If you want to upgrade to a premium smartphone that is both fast and lag-free then you can opt for last year's...
Read more
One Plus

For the past few days, two new smartphones of the OnePlus Nord series has been making rounds on the internet, revealing...
Read more
One Plus

Once again Max. J took Twitter to reveal another leak of a smartphone. This time the famous tipster showed us how...
Read more
One Plus

OnePlus has just launched the OnePlus 8T this month and it is now available in Amazon Great Indian Festival sale at...
Read more

Realme just shifted from MediaTek to Qualcomm for is pre-launched Realme C15 Qualcomm Edition in India and will be available in...
Read more

Micromax ‘in’ back design revealed for the first time

Micromax has started teasing the new smartphone series 'in' and today the official instagram account reveals the official first look in...
Read more

As per the reports from the renowned market research company Counterpoint Research, Nokia phones have claimed the top rank in terms of...
Read more

From the past couple of years South Korean company Samsung has come with a lot of mid-range and a bundle of flagship...
Read more