Manchester United will make their ‘final Sancho bid’ next week 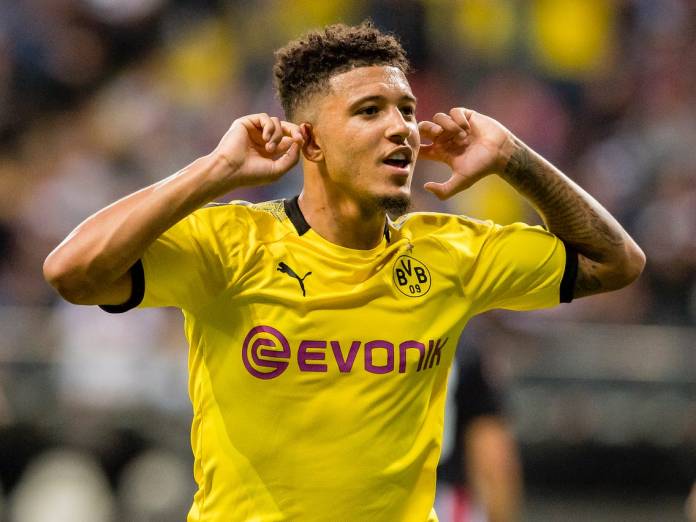 Manchester United has been monitoring Borussia Dortmund’s Jadon Sancho throughout this transfer window. But they are reluctant to match the asking price of £110 million.

Red Devils genuinely want the English winger in their squad this season. According to reports, they will offer the German club a £90 million bid for Sancho next week. £75 million initial fees upfront and £15 million as add-ons. But the final United bid is still not matching the asking price of the German giant.

Moreover, Dortmund had already set the deadline of 10th August to sign the winger. And now it seems they don’t want to sell the England international. So, it will be very interesting to see how they respond to the ‘final bid’ of Manchester United.

The dissatisfaction of United fans has already started against the club owners. The fans have started the ‘Glazers Out’ movement to save their beloved club. They are restless to know the fact that the club has failed to sign their prime targets this summer despite knowing the fact that there is a lack of depth in the squad. Though United boss Ole Gunnar Solskjaer recently assured the fans that there will be some signings before the transfer window ends.

Some of the club legends like Rio Ferdinand, Garry Neville, Patrice Evra, Darren Fletcher, and many more are also pissed off with the club’s transfer policy and recent performance. They all are begging the board to support Ole Gunnar Solskjaer in the transfer market so that he can provide a good result this season and can continue his project to get the club back to the top again.

Meanwhile, the rumour of the ‘final Sancho bid’ of £90 million bid is making the fans more angry and disappointed. Here are some of the reactions of the fans on Twitter: