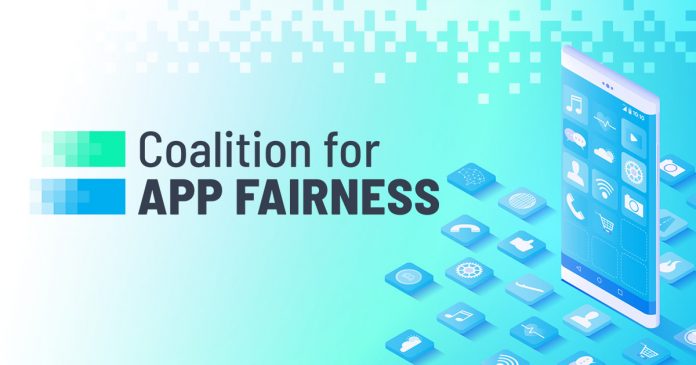 Apple is the largest tech company in the world. The companies GDP alone crosses that of many countries. But, as the uncle ben used to say, “with great power comes great responsibilities”.

So, the question now stands as to Exactly how much power app store owners should have over developers?

The companies who believe that Apple is following its draconian app store policies to subdue innovations while increasing their profit are many in the market. These companies have always gone on either a media scuffle or legal scuffle with the Cupertino giant.

Now, however, these companies have actually banded together to form what is now called the “Coalition for App Fairness.”

The group describes itself as, “an independent non-profit organization founded by industry-leading companies to advocate for freedom of choice and fair competition across the app ecosystem.“

The 13 founding members of the coalition are all the developers who have been in a scuffle with apple at some point in time.

The founding members are putting forth a coordinated effort for developers to formally protest against Apple’s rules.

The Coalition states, “companies of any size, in any industry who are committed to protecting consumer choice, fostering competition, and creating a level playing field for all app and game developers globally.”

The Coalition has brought forth three main issues against Apple:

Tim Sweeney, CEO and founder of Epic Games released a statement citing, “We are joining the Coalition for App Fairness to defend the fundamental rights of creators to build apps and to do business directly with their customers”.

The Coalition for App fairness is hoping to gain influence over apple by utilizing a united front of developers. However, this coalition is still not enough to bend the Cupertino giant.

At the end of the day, these developers have to launch their Apps on Apple’s App Store while paying Apple’s fees. No matter the number of developers forming a united front against apple, it is still hard to imagine the Tech giant suffering any loss.