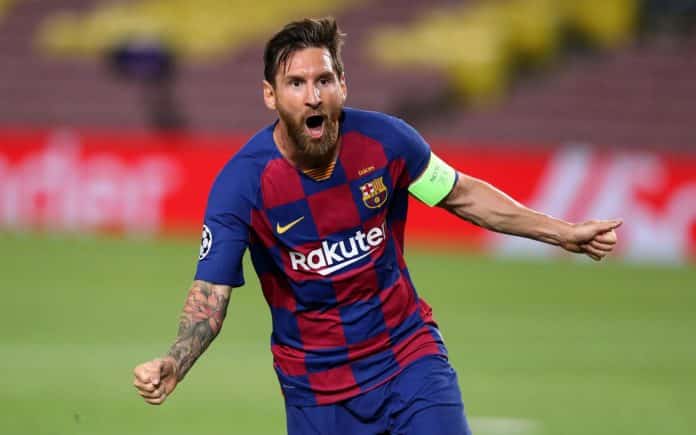 Lionel Messi was all set and determined to leave Barcelona this summer and in all probability reunite with Pep Guardiola at Manchester City. He wanted to terminate his contract and walk away for free.

Barcelona president Josep Maria Bartomeu was reluctant not to let Messi leave Camp Nou and finally the Argentine decided to stay for atleast one more season.

Now, as the little magician is going to start another new campaign at Camp Nou, we take a look at the records that Messi can break this season:

Most games for Barcelona

This record is currently held by Xavi Hernandez. He has played 767 games for Barcelona. Messi is currently on 731 appearances for the Blaugranas and if he manages to stay fit he can easily surpass this milestone.

Most seasons spent at Barcelona

This record is also held by Xavi along with Rexach. The duo has played 17 seasons at Camp Nou. Messi has played 16 seasons and this 2020-21 campaign will be his 17th, so he will equal the club record.

Most goals scored for a single club

This record is held by Brazilian great, Pele. He has scored 643 goals for Brazilian club Santos. Going by the high standards of Lionel Messi who is currently on 634 goals for Barcelona, he can easily break this record.

Most number of titles won with a single team

This record is held by Manchester United legend Ryan Giggs. He has won 36 trophies at Old Trafford. Meanwhile, Messi has 34 trophies playing at Camp Nou. Winning the Champions League can be a difficult task but if Barcelona manages to win the LaLiga and Copa Del Rey, Messi will equal this record.

Lionel Messi has a great hunger for winning and he likes to be a part of a winning project. These are all the probable personal records which Messi will be aiming for in the 2020-21 season.