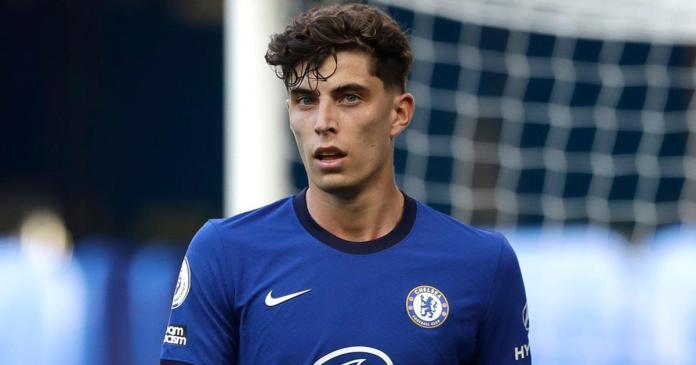 What now seems like a routine victory for Chelsea in the EFL Cup, was actually a match that proved a lot of points. The most important one being that some were too quick to judge Kai Havertz.

The Blues’ record signing was the star of the night as he finished three very well taken chances. His last touch of the match brought him the first hat-trick of his senior career before he was replaced with the debuting Ben Chilwell.

While many doubted Mason Mount as well, the youngster was also among those who had a brilliant game. However, the same cannot be said for Barnsley goalkeeper Brad Collins, who made some serious errors throughout the game.

Tammy Abraham and Kai Havertz were clinical in their finishing, and ended up punishing him for his mistakes.

Chelsea looked very in-sync last night, and it could be a sign of things to come for Frank Lampard’s Chelsea.

A point to note is that this was the first time Kai Havertz played the number 10 role. Fans have been critical of Lampard for playing the German out wide or as a second striker. However, last night proved that the youngster has all the tools to succeed.

Lampard was very vocal about giving Havertz time to regain match fitness and adapt to the conditions in England. It now seems that the German has settled in, and is ready to go.

Chelsea will boast of an absolutely blistering attack when Hakim Ziyech and Christian Pulisic join Havertz and Werner up front. As of now, they are back in training but are not match fit yet.

Havertz has been compared to fellow German Michael Ballack, who had a similar game and impact at Chelsea. With the talent that Kai Havertz boasts, he could be Chelsea’s most valuable asset in the years to come as the Blues hope to challenge for the title soon.

Real Madrid is proudly heralded as the biggest club in the world by many world-class players. In the same vein, Madridistas are...
Read more
Football

Juventus trying everything to get Ronaldo available for Barcelona clash

The most exciting part about the Champions League so far has been the Juventus vs Barcelona draw in the group stage. The...
Read more
Football

The Champions League is the most-watched football event in the entire year for a very good reason. Shakhtar Donetsk managed to beat...
Read more

The moment you think 2020 has shown you enough to not be surprised by anything anymore, it one-ups itself. The latest in...
Read more
Football

It was yet another season of smart and big-money deals in the summer transfer window for Premier League clubs. The talent at...
Read more
Football

Chelsea outcast Victor Moses to be loaned out to Spartak Moscow

Following the completion of his loan spell at Inter Milan under former manager Antonio Conte, Victor Moses has returned to his parent...
Read more
Football

For just about a week or so, Chelsea fans breathed a sigh of relief due to the arrival of Edouard Mendy from...
Read more

Apple introduced us with the new iPhone 12 series, which is the first to sport 5G connectivity, seems to be in spotlight...
Read more
Technology

NVIDIA has been making rounds in the semiconductor market with its latest acquisition of ARM. This acquisition would most likely stir up...
Read more
Technology

Acer launches new Monitors for its Predator and Nitro Series

Real Madrid is proudly heralded as the biggest club in the world by many world-class players. In the same vein, Madridistas are...
Read more

Juventus trying everything to get Ronaldo available for Barcelona clash

The most exciting part about the Champions League so far has been the Juventus vs Barcelona draw in the group stage. The...
Read more