Here’s why Marcus Rashford is an absolute inspiration 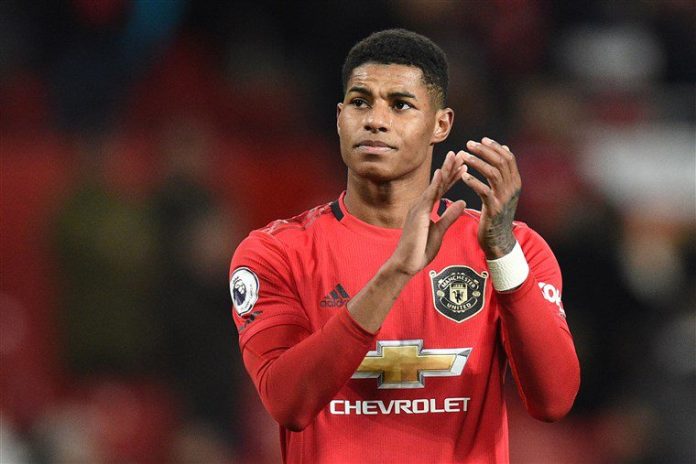 The Manchester United star was awarded the PFA Merit Award this year, in recognition for his actions off the pitch. Marcus Rashford is a perfect example of what it truly means to be a good human being above all.

Despite earning millions at United, the player has not forgotten his roots. Most importantly, the player realizes the importance of giving back to society. To try and make the world a better place is something that all of us can try to do.

However, it is something truly inspirational when successful people stay humble and true to their beginnings.

Rashford is a long-running advocate for the eradication of child food poverty. The forward regularly takes to Twitter to voice his opinions and share the stories of the underprivileged. Over the last 24 hours, the United forward has been very active on Twitter, sharing the following messages to all his followers.

Despite the long-standing rivalry between United and Liverpool, Rashford has the maturity to realize that there are things bigger than football.

He tweeted: “I do what I do for Liverpool as much as anywhere. Children all over the UK are crying out for our help. This is much bigger than me, than football, than politics. It’s time we all started listening, instead of clouding our views will allegiances and rivalries..”

Arguably the most powerful point of all is the 22-year-old’s realization that he has a voice that is heard. And the player uses his voice to echo the concerns of those who do not have the means to help themselves.

The England international’s restless efforts to combat childhood food poverty have been recognized by London Mayor Sadiq Khan on Twitter. The Mayor of the capital sent this message to the young man, appreciating him for his efforts:

It is time that we set aside our differences and work as one for the collective benefit of everybody in our society.

Whether the two teams could pull it off on a cold, rainy night in Stoke is a question that will take some...
Read more
Football

Despite the absence of fans, the first El Clasico of the 20/21 season did not disappoint, as Real Madrid managed to get...
Read more
Football

The Real Madrid job is arguably the one with the most expectations and the most pressure of all the clubs one can...
Read more

Whether the two teams could pull it off on a cold, rainy night in Stoke is a question that will take some...
Read more
Football

Only 6 minutes into one of the most highly anticipated Merseyside derbies in recent memory, Jordan Pickford executed a horrendous tackle on...
Read more
Apple

As per some reports, Apple will announce very soon regarding the launch of its AirTags. There is also a rumor in the...
Read more
Cricket

Match 46 of the Indian Premier League (IPL) 2020 will feature war as Kolkata Knight Riders will take on the Kings XI...
Read more
Samsung

As per reports, Samsung is expected to bring another A-series smartphone, maybe the Galaxy A02s. A smartphone having model number SM-A025F has...
Read more
Load more

How to use Apple’s new Intercom feature?

Apple has recently launched many new devices, including the much-anticipated iPhone 12 and its new HomePod speakers. However, today let's talk about...
Read more

Apple AirPod Pro 2 leaked ahead of their mega reveal

Apple’s iPad Air 4 has now started shipping and people are going crazy to get their hands-on with their new powerful mid-range...
Read more

Only 6 minutes into one of the most highly anticipated Merseyside derbies in recent memory, Jordan Pickford executed a horrendous tackle on...
Read more

Match 46 of the Indian Premier League (IPL) 2020 will feature war as Kolkata Knight Riders will take on the Kings XI...
Read more

IPL 2020 has been a historic season so far. Nail-bitting thrillers, super overs, injuries, controversies, records, etc., you name it! It has...
Read more