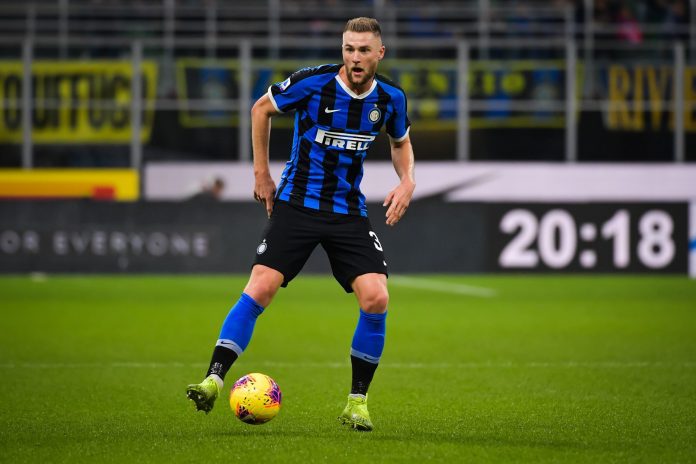 Tottenham have been on a streak of signings in the transfer market. After re-signing Lo Celso from Real Betis, they announced Hojberg and Doherty from fellow Premier League clubs Southampton and Wolves earlier this summer.

Very recently, they announced the moves of Reguilon and Gareth Bale both from Real Madrid. It is this kind of ambition which questions Daniel Levy’s strategy having earlier admitted that it is tough to find funds to splurge in the market for such quality players.

Nevertheless, they are stealthily moving forward for another target. And this time it is 25-year-old Inter centre back Milan Skriniar. With over 250 appearances at club level, Skriniar brings quality to a side whose current options are Toby Alderweireld, Davinson Sanchez and Eric Dier.

The Slovakian is also quite versatile, having played at right-back and defensive midfield at times. However, the transfer is not expected to go through quite easily for a host of reasons. Firstly, the 60 million pounds valuation by Inter is not feasible for Tottenham. Secondly, it is rumoured that PSG are also monitoring the situation very closely.

However, what has pleased Spurs fans are the moves for Reguilon and former player Gareth Bale. The former solves the problems Mourinho has been having at left-back, with Ben Davies injured often and Danny Rose actively pushing for a move away from the club. Reguilon was also phenomenal for Sevilla last season, having made a fine impression in that Europa League final.

And as far as Gareth Bale is concerned, he immediately slots into that right-wing position. He will be looking to form a great partnership with the likes of Harry Kane and Dele Alli. So if Spurs indeed manage to sign someone like Skriniar, they will have a more than competent first XI that brims with talent and on their day can beat any team regardless of their status.