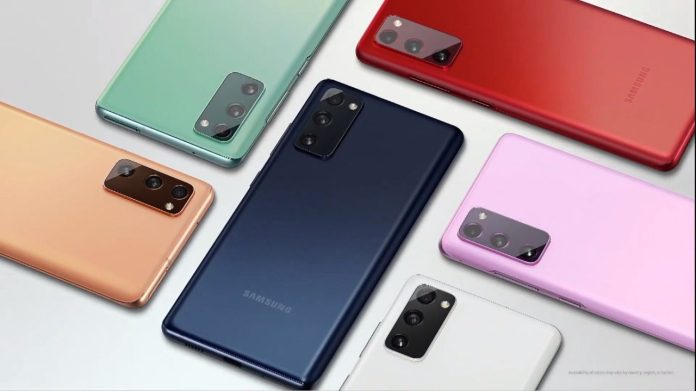 The Samsung Galaxy S20 series was launched earlier this year. Now, extracting its key features and responding to the customer Samsung, today, launched the Galaxy S20 FE (Fan Edition). It’s the blend of Samsung’s powers users users’ demand. But, in this edition, Samsung removes some of the features of the main Galaxy S20. Before going deeper into the specs and other details, let you know, Samsung promises to bring Fan Editions of its next flagship devices too.

The new Galaxy S20 FE features a 6.5-inch Super AMOLED FHD+ display with a 120Hz refresh rate to provide a smooth scrolling experience. Considering the screen size, the FE edition lies between the Galaxy S20 and Galaxy S20 Plus. Other than that, the screen is flat compared to the other models.

The back of the smartphone is made up of plastic but with the special touch of Samsung, it gets a “Haze finish”. Samsung claims it feels soft and smooth by touch maintaining the shine, besides also restricts dust as well as fingerprints to stick on the surface. Samsung is offering six color options – Red, Navy, Lavender, Mint, White, and Orange. Basically, it is giving you the opportunity to pick up the right handsets that suit your lifestyle and also enhance your style.

Besides all these, the Galaxy S20 FE is powered by the flagship Snapdragon 865 processor, same as other S20 devices, coupled with up to 8GB of RAM and 128GB or 265GB of internal storage. Coming to the camera, on the rear side, users will get a triple camera setup having a 12MP Ultra Wide lens with f/2.2 aperture, a 12MP Wide camera of f/1.8 aperture, and an 8MP Telephoto sensor with f/2.4 aperture. In the front, there is a 32MP camera for selfies.

Along with all of these specs, the Galaxy S20 FE is packed with a 4,500mAh battery, wireless charging and reverse charging facility, 25W fast charging support, IP68 rating, memory expandability of up to 1TB, and so on.

The all-new Galaxy S20 FE will be available from 2nd October at the starting price of $699. Though, if you can’t control your excitement, you can pre-order your favorite color model today, Samsung opened its counter just for the fans like you. Additionally, Samsung will even provide free YouTube Premium membership and Xbox Game Pass with this handset.

Microsoft Edge is becoming better each day. No doubt, the developers are working so hard to present their product as the best...
Read more
News

Samsung has mad an announcement of its Galaxy Z Fold 2 in the previous month. That time, some rumors were in the...
Read more
Samsung

Samsung has started the introduction of its F series smartphones in India with the Galaxy F41. It is a camera-centric smartphone and...
Read more
Samsung