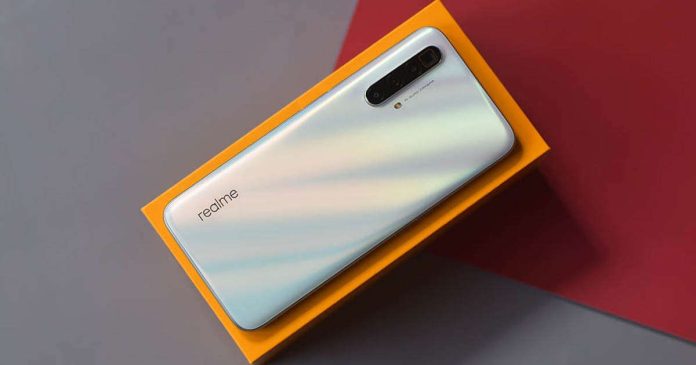 Realme is launching tons of new smartphones this year. A few days ago, the Realme 7 series has been launched and after some days Realme Narzo 20 series made its debut. Realme seems unstoppable as a new model Realme RMX2173 has appeared on TENAA’s website. It seems to be a new upcoming smartphone from Realme. As this model appeared on TENAA’s website, some of its specifications have already leaked way ahead of its launch.

According to those leaks, the RMX2173 will run on the Android 10 OS. Regarding the display, this model will offer a 6.43-inch super AMOLED display with a resolution of 2400 x 1080 pixels. As it is an AMOLED display, then we can assume that this phone will feature an in-display fingerprint scanner.

This phone will come in two different RAM/storage variants: 6GB RAM/8GB RAM and 128GB/256GB onboard storage. Coming to the camera section, this phone will have a quad rear camera setup which includes a 48MP primary sensor, 8MP ultra wide-angle sensor, 2MP macro, and 2MP depth sensor. From the leaked image of this phone, the camera module looks almost similar to the Realme 7 series. For the selfies, this phone will offer a 16MP selfie shooter at the front.

For battery backup, this phone will offer a 2,100mAH dual-cell battery. Regarding the size, this phone will have a dimension of 160.9mm x 74.4mm x 8.1mm. That’s all we’ve got till now about the phone from the leaks. We don’t even know in which series this model will get introduced or it will be totally another series from Realme. There is also no information about the pricing and the availability of this phone.

As per some reports, Redmi has teased about its upcoming smartphone in China, didn't reveal the retailer name of that phone. So,...
Read more
Apple

After the launch of the iPhone 12 series, one after another thing gets clarification about the series. Now we have come to...
Read more

Finally, the Huawei Mate 40 series has gone official today, comes with 5nm chipsets, and some amazing camera setup. So, without wasting...
Read more

LG Wing is launching in India on October 28

As per some reports, Redmi has teased about its upcoming smartphone in China, didn't reveal the retailer name of that phone. So,...
Read more