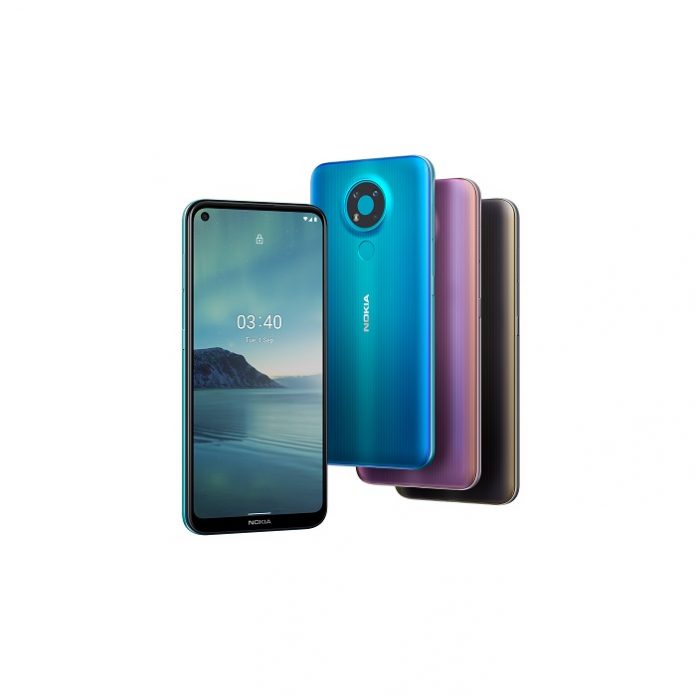 Nokia finally showcased its new Nokia 3.4 handset at today’s (22nd Sep) Only Gadget You Need launch event. The handset with beautiful color options and three hardware variants are now preparing to step in into the market. Here are the detailed specs of the new Nokia 3.4:

HMD Global is presenting us the smartphone with a 6.39″ HD+ display panel having the typical brightness of 400nits and punch-hole camera cut-out at the top left corner. Snapdragon 460 SoC, which is launched this year, is powering the Nokia 3.4 coupled with three varieties of RAM and internal storage pairs. The options are 3GB/32GB, 3GB/64GB, and 4GB/64GB. Regarding the processor, it’s the highest one in Snapdragon’s 400 series chips.

The handset is carrying a 4,000mAh battery inside that can be charged with a 10W charger through a Type-C port. Coming to the camera segment, there is a circular triple camera setup with the 13MP main camera of f/2.2 aperture, 2MP depth sensor, and 5MP ultrawide camera. A LED flash is also placed in the circular setup. For selfie lovers, Noia added an 8MP sensor at the front. Users will get a dedicated Google Assistant button additionally.

In the case of security, the Nokia 3.4 has the support of biometric face unlock as well as equipped with a rear side fingerprint sensor. Maintaining the signature, Nokia will provide Android updates for 2 years and security updates for the next 3 years. It is obvious, the OS, inside the phone, will be the Android 10.

Nokia is bringing three color variants – Fjord, Dusk, and Charcoal. The pricing will start at 159 euros i.e. Rs.13,720 or 186 USD. The handsets will debut to the market in early October.